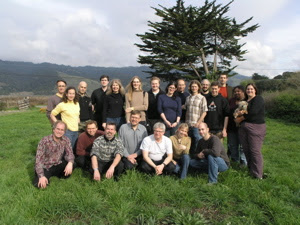 (Internet Archive)
Brewster Kahle, who is the founder and director of the quite amazing Internet Archive, and has somehow managed not to be sued himself as far as I know, has come out explicitly opposing the Google Book Settlement, especially because he believes that it will give Google a monopoly on the exploitation of orphan works. He believes that courts should prevent and not confer monopolies and wants to see legislation instead.