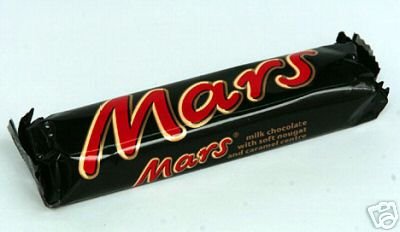 The Ontario courts have made some unsettling comments suggesting that the Canadian trademarks law is “unsettled” on the issue of parallel imports or grey marketing. Ironically, like the leading Canadian case on parallel imports discussed below, this also appears to be a case about chocolate bars. The comments were made in the context of an attempt by the parallel importers to defend against the enforcement of March 2006 settlement agreements on the basis that the settlement agreements were in restraint of trade and, therefore, void.

In  Mars Canada Inc. v Bemco Cash & Carry Inc. 2016 ONSC 7201 (CanLII), Justice F. L. Meyers of the Ontario Superior Court stated that:
[8] …. The law is unsettled as to whether a Canadian trade-mark holder can prevent third parties from selling products bearing the Canadian company’s trade-marks which are legitimate goods sourced from a foreign parent or affiliate of the Canadian trademark holder. …

The motions judge goes on to state:

[10] The parties argued at some length about the current state of the law concerning grey marketing in Canada and whether, in particular, a Canadian trade-mark holder is entitled to enforce its trade-marks to prevent sales in Canada by third parties of genuine product purchased from the trade-mark holder’s foreign parent company. I have not found it necessary to resolve that issue as part of the resolution of the motion before the court.

The Ontario Court of Appeal recently repeated this comment in an appeal of the foregoing decision in Mars Canada Inc. v. Bemco Cash & Carry Inc., 2018 ONCA 239:
[4]          …The law is unsettled as to whether a Canadian trademark holder can prevent this activity.

With respect, there is nothing that is “unsettled” about this question. Nor was anything unsettled even back in March 2006 (when the settlement agreements were entered into) about whether Canadian trademark law can be used to “thwart” parallel imports, which are by definition legitimate products put on the market by a trademark owner in another country. The answer was and is clearly “no” – except perhaps in very rare factual situations where the imported product may be of a materially different character or quality than the Canadian product and consumers get to buy a very different product from that which they expected. Usually, these grey market cases involve identical products – even from the very same ultimate source – that were acquired outside of the “official” or “authorized” channels of trade. While such parallel trade might displease the Canadian trademark owners or exclusive licensee or distributor who wishes to lessen competition and raise prices in the Canadian market, trademark law does not give them any such power.

The well-known 2007 Supreme Court of Canada decision in  Euro-Excellence Inc. v. Kraft Canada Inc., [2007] 3 SCR 20, involved the parallel importation of Toblerone and Côte d’Or chocolate bars concerning which Kraft sought unsuccessfully to “thwart” parallel importation by using copyright law instead of trademarks law. Kraft was the trademark owner in that case and if it could have used trademark law, it surely would have done so. It was represented by a very sophisticated IP litigation firm.

I made the prevailing arguments in that case in the SCC on behalf of the intervener Retail Council of Canada. Kraft tried to use copyright law because it knew that trademarks law wouldn’t work and was a non-starter. In fact, Kraft’s very experienced counsel told INTA, the major American based International Trademark Association, in a June 23, 2006 letter to encourage it to intervene in the SCC, that:
In light of the limitations imposed by legal authorities on enforcement of trade-mark rights in cases of parallel importation, Section 27(2) is very important to intellectual property right holders.

Indeed, as the trial Judge, whose decision was eventually overturned, noted that, even though it was not contested that Kraft owned the trademark, it did not try to invoke trademark law in its attempt to thwart the parallel importation of its chocolate bars. Instead, it developed an interesting strategy, alleging that the importation infringed its copyright in the artwork on the chocolate bars wrappers:
[4] Kraft has developed an interesting strategy in an effort to thwart Euro Excellence's
distribution of these chocolate bars in Canada. To better appreciate the strategy, I should first say what it has not done. If it put distribution restrictions on Euro Excellence's supplier, it has not invoked them. Nor does it rely on trade-mark protection, although it alleges, and it is not contested, that it is the owner in Canada of the trade-marks "Côte d'Or" and "Toblerone". What it has done is take Canadian licensing rights in the artworks on the chocolate bar wrappers which have been copyrighted in Canada. It does not seek to enjoin Euro Excellence from distributing Toblerone and Côte d'Or chocolate bars. Rather, it seeks to enjoin it from distributing the copyrighted artwork on the wrappers. The idea is that the cost of re-wrapping or covering over the copyrighted artwork would act as a major disincentive...(emphasis added)
Kraft Canada Inc. v. Euro Excellence Inc. (F.C.), 2004 FC 652
(highlight and emphasis added)

Here is a comment I wrote for LSUC in 2008 shortly after the decision.

Even a trademark “owner” cannot use trademarks law to stop parallel importation. There are no developments since the Kraft case of which I am aware that would suggest otherwise.  I would be very interested in hearing from any expert counsel or academic who believes otherwise. Notwithstanding some obiter dicta in the Smith & Nephew, any attempt to change ownership of Canadian trademarks in favour of a Canadian subsidiary so as to enhance the chance of a more positive outcome in a grey marketing case is fraught with risks that include the potential loss of distinctiveness of the trademark and income tax issues.

It is worth noting that this Bemco litigation – which has a very long and voluminous record – arises from a settlement agreement entered into in March, 2006 – at the very time when leave to appeal to the Supreme Court of Canada was being sought in the Kraft case. Perhaps Bemco settled in 2006 based upon perceived uncertainty about whether copyright law could be used to “thwart” parallel importation of chocolate bars. I don’t know and can only speculate.

However, the law on trademarks and grey marketing/parallel imports seemed very clear at the time, as shown above, which is why Kraft had chosen to frame its litigation as a copyright case. I make no comment on the underlying issues concerning the Bemco settlement agreements or the ensuing litigation in which it was apparently been argued that the settlement agreements were in a “restraint of trade”.

Speaking generally, and not about this case in any way, there are potential issues regarding settlement agreements involving intellectual property that can raise serious antitrust and pubic interest issues. This has become quite obvious in “pay for delay” cases involving generic drugs, such as FTC v. Actavis that went to the US Supreme Court.

I reiterate that I make no comment on whether or not the 2006 agreements made commercial or legal sense at the time. However, they were apparently negotiated by sophisticated parties with experienced counsel. Courts are normally very reluctant to set aside such agreements, and that seems to be the conclusion reached here after much obviously expensive and complex litigation concerning which I make no comment, except for the following.

For whatever reasons, the Ontario Superior Court and now the Ontario Court of Appeal have recently stated that the law concerning trademarks and parallel imports is “unsettled”.  This is of some concern if other parties and counsel begin to believe that perfectly legal commercial activity involving grey marketing may now be illegal or even arguably so under Canadian trademarks law. The fact that the Ontario courts in this very protracted Bemco litigation seem to believe and feel the need to state that the law regarding trademarks and parallel imports is “unsettled” is in itself unsettling.

Posted by Howard Knopf at 5:26 pm No comments: