On April 24, 2014 I was a speaker and presented a talk entitled "The Perennial Issue of Parallel Imports and Border Enforcement: Canada's Version of ACTA - Bill C-8" at the 22nd annual Fordham IP conference.

Here's a summary of my talk:
Bill C-8 is now pending before Canada’s Parliament. According to the Legislative Summary:
Canada has not explicitly indicated its intention to ratify ACTA by introducing Bill C-8... However, when questioned on this issue by the Committee, the Honourable James Moore, Minister of Industry, and his deputy minister stated that although the bill is intended to respond to domestic pressures, it brings Canada in line with ACTA.
According to the IIPA, “Bill C-8 should be improved and then enacted as quickly as possible”. There is, however, concern that Bill C-8 goes far beyond what is required in terms of anti-counterfeiting, even as required by ACTA. This would be controversial enough, especially since ACTA shows no sign of imminently or even ever coming into force. Moreover, there is reason to believe that Bill C-8 could – whether inadvertently or otherwise – enable the use of copyright and even trade-mark law to block parallel imports, which are legitimate by definition and which have been legitimized by the Supreme Court of Canada.

Here are some questions I would have liked to see discussed more but the Moderator had other ideas:
It’s always interesting that so many who profess to believe in free trade and believe that IP issues belong in free trade agreements are really hostile to parallel imports and use every possible means to erect “private tariffs” in these agreements.

The antipathy to parallel imports makes me even more concerned that Bill C-8 may have language in it that has been tainted by lobbyists and which may betray the Government’s stated intentions NOT to impede parallel imports. Having made the winning arguments in Canada’s leading Supreme Court case on parallel imports, I know how tricky every word and the placement and history of every word in the statute can be in this context.

Anyway, my slides contain a number of examples of the inconsistent and ambiguous wording that has crept into this bill that could impact the issue of parallel imports.

I’m also in good company here with Prof. Jeremy de Beer who told the Committee:
I admit that it was not easy for me, or a number of other IP experts
whom I consulted, to understand the intricacies of this bill's
provisions affecting parallel imports. The provisions are technical
and complex, and they interact with the provisions of the existing
legislation with effects that may not be immediately apparent.

The Committee hearings on Bill C-8 that took place last November were very unsatisfactory. The Committee would not hear from me, but did hear separate presentations from a father and son team of anti-counterfeiting lawyers from the same firm. This hearing was another example of the quote attributed to Bismarck “If you like laws and sausages, you should never watch either one being made”.

This is really too bad because I think that the Government and its officials have some good intentions here. Nobody supports counterfeiting. However, somewhere along the line, they are getting some not so good advice and the results could cause a lot of collateral damage to the free flow of legitimate goods - including medicines intended for sale in developing countries where lives may be at risk in the event of delayed delivery.

Lots more in my slides, which are available here.

HPK
Posted by Howard Knopf at 5:21 pm No comments: 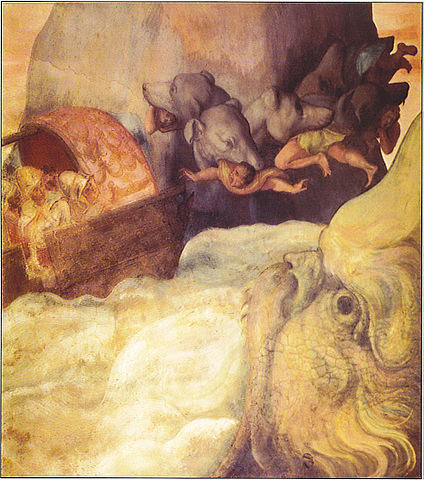 On January 17, 2014, the Board ruled  that it “postpones sine die the hearing in this matter. After having received and analysed all answers from Access, and replies from Mr. Maguire, the Board will either decide when to reschedule the hearing or proceed on paper.”

Since December, I have, for various reasons, not posted everything about this uniquely problematic hearing. However, AC’s submissions dated March 28, 2014 in respect of the “answers” sought by the Board call out for public attention and are available here.

At the risk of oversimplification, a quick glance at these “answers” indicates that AC has provided 40 pages of detailed submissions that essentially urge the Board, inter alia, to:


Much more could and should be said to answer these 40 pages of submissions, but it won’t be said by the “now absent” objectors as AC calls them.

It is, of course, astonishing that the “now-absent” objectors are indeed absent for reasons that have not been publicly explained. They have spent almost three million dollars that we know about to mid-2012 only to abandon their members midway through this historic hearing and, even worse still, to withdraw their objections with no apparent concession on the part of AC. Indeed, the model licenses that they had earlier agreed upon have been widely disavowed by their members.

It is to be noted that CMEC has not even raised the issue of “mandatory tariff” in its statement of case in the imminent K-12 hearing at the Board. Moreover, as I said back in October, 2013, “York appears to have effectively conceded that the inevitable final tariff, when certified by the Copyright Board, will be “mandatory””.

This leaves the Board between a rock and a hard place, with nobody present to serve as an adversary in a hearing that was supposed to have sophisticated adversaries in a process that is designed to be adversarial. Should it refuse to certify any tariff on the basis of lack of sufficient evidence, for example as to AC’s actual repertoire? Can it proceed to devise a scheme, perhaps based upon optional transactional licensing or some other truly non-mandatory scheme that is entirely different than one suggested by any of the parties, in this case the only remaining party? Are the Board’s efforts to get more answers from AC and its apparent willingness to allow in more evidence long after the due date for AC’s statement of case and to allow last minute supplementary evidence and revision of AC’s statement of case intended to serve the public interest? Or will these developments serve, or at least be seen to serve, as a lifeline to AC in a case where it might have been argued that, in certain fundamental respects, AC has not even made a case?

Related and other potentially very significant issues were dealt with very squarely in the immensely important recent decision by the now retired Justice John Evans, the “dean” of Canadian administrative law, in the Re:Sound decision from the Federal Court of Appeal. See Re: Sound v. Fitness Industry Council of Canada, 2014 FCA 48. And then there is the evolving question in Canadian law about how “inquisitorial” the Board can really get with AC in questioning AC’s witnesses if there is an oral hearing.

The public interest is significantly imperilled in this situation. It is not the Board’s fault that the two main associations have walked away and left their members exposed, unrepresented, and  at great risk. That said, the Board has a role and responsibility to adequately consider the public interest. If the Board does something that AC thinks is reviewable, AC will no doubt seek judicial review and still has considerable resources to do so. Indeed, it is dedicating more and more of its vanishing revenue to lobbying and litigation.  Who would oppose it? Apparently not AUCC or ACCC. However, if the Board does something that is legally wrong or unreasonable in the view of the many various elements of the public that will inevitably be directly affected, what legal and practical recourse will they have now that this has become a virtually default proceeding? This is an unprecedented and seriously troubling situation.

The main question that Board needs to answer very soon is whether, if it concludes that AC is entitled to any tariff, there should be an oral hearing or whether the hearing should "proceed on paper".

An oral hearing would provide at least some measure of transparency. It would provide the Board with an opportunity to publicly question AC’s witnesses to the extent that the Board believes it can and should do so, and to the extent of the Board’s resources, given that the Board does not seem to be contemplating the involvement of an amicus curiae. It would give the public the opportunity to attend and some basis to provide informed written comments, pursuant to the Board’s usual Directive on Procedure, especially if the Board were to promptly post a transcript of the hearing and set a deadline that would allow for meaningfully sufficient time for such comments.

The Board has difficult decisions ahead to be made in this matter. Another factor may be that the term of its current Chairman expires imminently on May 13, 2014 at the end of his second term.

One wishes the Board well with what will no doubt be a difficult decision about how it will conclude this hearing and render its decision(s) in these exceptionally difficult circumstances.

HPK
Posted by Howard Knopf at 12:57 pm No comments: