Maybe the Canadian Copyright Bar and the Copyright Board Should Try Some PMNOC Remedies Instead of Rearranging the Deck Chairs? 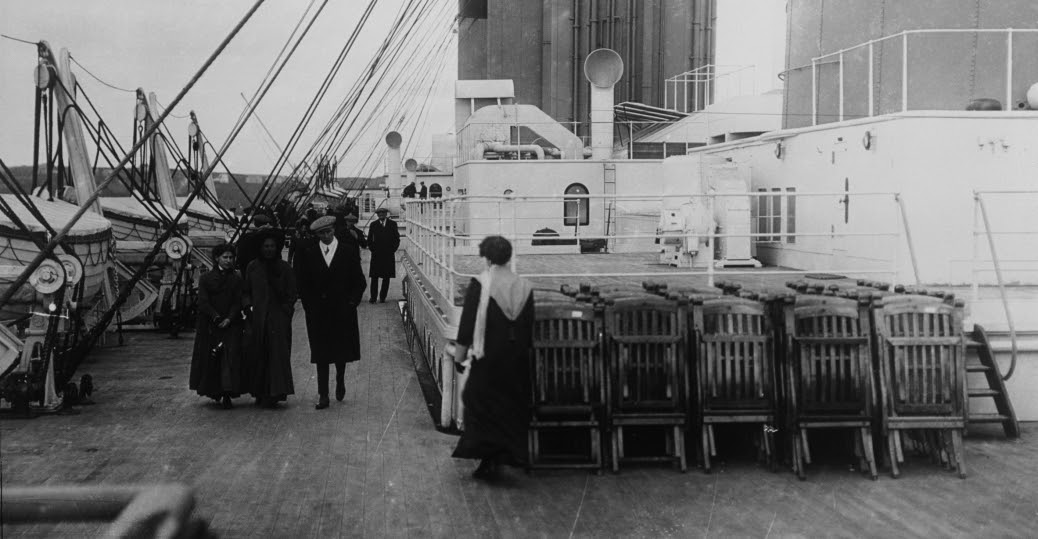 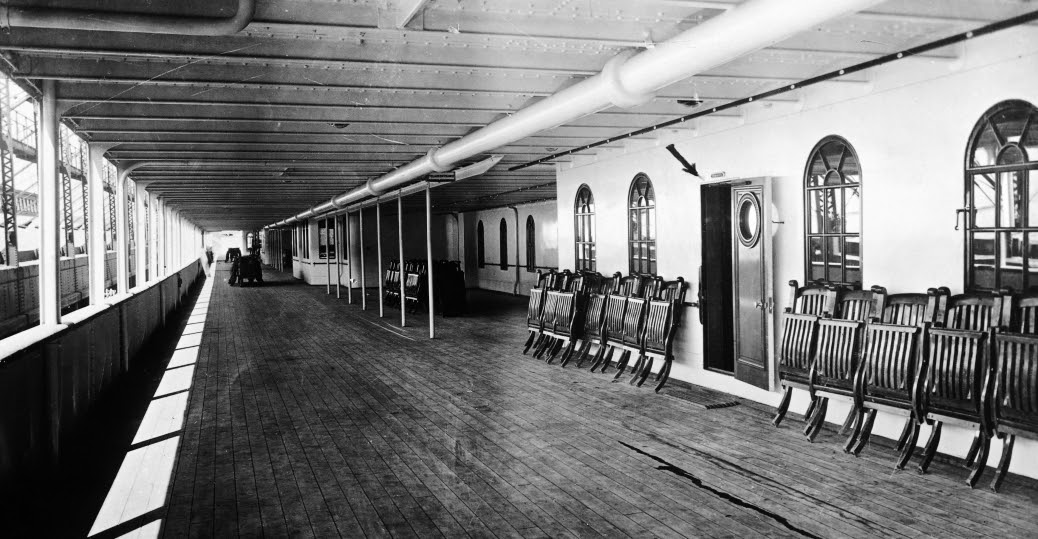 On November 3, 2017, I spoke at the University of Toronto Sixth Annual Patent Law Conference, on the “promise” issue and its treatment in parallel proceedings with very interesting timelines by a NAFTA ISDS tribunal and Supreme Court of Canada. I shall have a lot more to say about that later in a separate posting.

The conference opened with the panel discussion chaired by Chief Justice Crampton of the Federal Court about how the Court would deal with the new regime that will eliminate the troubled two track PMNOC applications and litigation proceedings regime that has existed for many years in the federal court. Even under the old system, the Court was required by law to deal with the “NOC Applications” (where in rem validity and infringement were not determined) within 24 months from start to finish including the judgment. Under the new system, as required by CETA, the proceedings will be in the form of an action with discoveries and live witnesses (in contrast to an application in which there was no oral evidence) and will also deal with in rem validity and infringement determinations. All of this must be dealt with within 24 months from beginning to end, which will include a hearing of normally two weeks maximum to take place at least three months before the end of the two-year period so as to allow the judge time to write a judgment. Here is how the Court has spelled out how this will be done. Based on the Court’s admirably transparent and useful statistics for the last several years, it is safe to assume that there will be dozens of such proceedings per year for the foreseeable future. There are about 40 active judges on the Federal Court. However, many are “supernumerary” which means that they usually carry about half of a normal case load – which can still be considerable. They each have only one clerk. There is no in-house research facility. The vast case load of the Federal Court ranges from admiralty to extradition to land claims to environmental issues and much more in terms of jurisdiction, including countless immigration files which are obviously extremely important to the individuals involved. Many cases are immensely complex both legally and factually and can involve enormous amounts of money and huge public policy issues. Most Federal Court judges manage to issue an important judgment every month and judgments are expected normally within six months after a hearing, which normally takes place within one to two years at most after the proceeding is commenced. Many proceedings are very competently and often aggressively “managed” (i.e. moved along) by Case Management judges (who are sometimes Prothonotaries with more limited powers than Judges).

This should serve as a much-needed reality check on what is happening, or more accurately not happening, at the Copyright Board. The Copyright Board rarely holds more than two or three contested hearings a year and rarely issues more than five actual “tariffs” per year. Very few of the matters coming before the Copyright Board are ever nearly as complex factually or legally as these pharmaceutical patent cases, which also usually involve very large amounts of money.

And yet, everyone knows that for contested matters the Board typically takes more than four years even to get to a hearing and more than three years thereafter to render a decision that is almost invariably and often successfully challenged in the Federal Court of Appeal and, six times in the last five years or so, taken to the Supreme Court of Canada. These decisions are invariably retroactive for several years causing great doubt and uncertainty for all concerned, and often unexpected windfalls or liabilities as the case may be. Even the uncontested matters move at barely more than a glacial pace.

If the Federal Court, which has a very broad mandate and enormous caseload based on a vast range of subject matter, can deal with dozens of pharmaceutical patent cases each year and dispose of actions including discoveries and two-week trials from beginning to end including judgment in 24 months or less, surely it is not too much to expect similar performance results from the supposedly expert and specialized Copyright Board with its tiny fraction of the Federal Court’s caseload. However, it is clear that the only way that this will happen is with specifically mandated legally imposed deadlines as we are now seeing in the Federal Court and have seen elsewhere. All the talk about increased resources for the Copyright Board, which is not only unnecessary but potentially even very counterproductive, and the rearranging of specifics, such as they are, of the procedural steps in the Board’s Model Directive on Procedure, and other suggested tinkering, will be of no effect in the absence of legislation and/or regulations that set forth the basic procedural steps and deadlines for meeting them. Many of the submissions in the recent consultation effort involving suggestions for fixing the Copyright appear to be pulling their punches, or not even punching at all or in the right direction.

The Federal Court, the PMNOC bar and ISED are to be congratulated for dealing decisively with a very urgent, vast and complex situation that is, by any measure, much more difficult than that facing the Copyright Board.  The Copyright bar and the Copyright Board have much to learn from this example and, if they ignore it or fail to learn from it, may do so at their considerable peril. The Minister of ISED may wish to consider a process to encourage - and if necessary require - such learning and instruction.

Note that the Board has recently issued an astonishing number of notices directed toward holding hearings involving countless parties and consolidating several proposed tariffs no later than May and June of 2018 in an apparent effort to accelerate the imperceptibly glacial pace of its previous proceeding. This is notwithstanding the onslaught of judicial review resulting from the Board’s extremely belated and very likely incorrect ruling on the so-called “making available” right and the tariff itself more than 39 months after the retirement of Chairman William Vancise who presided over that already long delayed matter. Here are the key notices:

The first matter is very intertwined with the “making available” morass, which could have and should have been resolved many years ago by means of a simple reference to the Federal Court of Appeal. Instead, the Board allowed what should have been at the most a simple legal question to turn into an immensely complicated and unnecessary battle of international experts and then, in turn, failed to decide the legal issue quickly and separately from the rate determination. The result is five judicial review applications that cannot foreseeably be determined in time to avoid a potential train wreck of a hearing next June or, at the least, immense wasted expense on interrogatories and experts. If the Board follows through on this schedule that will result in a June 2018 hearing before the FCA has ruled (and potential SCC involvement), the resulting potential for chaos is painful to contemplate. If the parties object to this sudden rush, the Board may suggest that it is the parties to blame for the slowness of proceedings. On the other hand, parties may have their own reasons at this time for being deferential to the Board on this file. There is plenty of blame to attribute all around for the present state of affairs – and at this point, undue haste may create even more waste.

On both of the above files, there are a great many other notices that follow, which can be found here.

The Board’s apparently sudden and  frenetic activity -  especially in the face of active judicial review that could render much of this to be a waste of considerable time and resources - is doubtless going to be perceived as being a reaction to the Senate and the Government’s concern and  consultation effort concerning the Board and the S. 92 review about to begin. Whether or not the Board can get to these hearings by May and June of 2018 - or whether the many parties so accustomed to slower and more leisurely proceedings let this happen – remains to be seen. Whether the consequences of this new infusion of administrative adrenalin with lead to clarity or chaos also remains to be seen.

The obvious solution to the overall problems at the Board that can no longer be ignored is that the Government should ensure through regulations and, if necessary, legislation, that:


Longer term solutions, such as a change of “machinery” that might create a new tribunal perhaps merged with the Competition Tribunal, should also be considered, as I have already suggested to the Senate and in the current consultation.

HPK
Posted by Howard Knopf at 8:09 pm No comments: