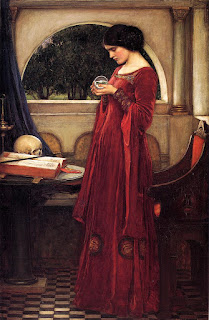 (Wikimedia)
We can look forward to a lot of lawyering and lobbying devoted to copyright in Canada in 2017.
In the meantime, on the litigation front, we are awaiting important judgments in several cases, including the following that have been heard with the decision pending:
On the lobbying front, we will have the Section 92 Review. It is worth noting that there is now a different review mechanism in place, compared with the five-year review established in 1997 – which eventually resulted in new legislation 15 years later.
CURRENT 2012 LEGISLATION RE “REVIEW”
Review of Act
92 Five years after the day on which this section comes into force and at the end of each subsequent period of five years, a committee of the Senate, of the House of Commons or of both Houses of Parliament is to be designated or established for the purpose of reviewing this Act.
The effective “coming into force” day for the purpose of this review is November 7, 2012 – which means that the review process need not officially begin until November 7, 2017.
﻿ PREVIOUS 1997 LEGISLATION RE “REVIEW”

Marginal note: Review of Act
(2) The report stands referred to the committee of the House of Commons, or of both Houses of Parliament, that is designated or established for that purpose, which shall
o    (a) as soon as possible thereafter, review the report and undertake a comprehensive review of the provisions and operation of this Act; and
o    (b) report to the House of Commons, or to both Houses of Parliament, within one year after the laying of the report of the Minister or any further time that the House of Commons, or both Houses of Parliament, may authorize.
(highlight added)
﻿
The main difference now is that the review process will, at least officially, be driven by Parliament rather than the Minister and officials. To what extent Ministers Bains and Joly wish to get involved at various stages here remains unknown. Will the model of the “Fresh Start” bankruptcy law process be followed? In that case, the legislation was such that “The Bankruptcy and Insolvency Act and the Companies' Creditors Arrangement Act require that the Minister of Industry report to Parliament on the provisions and operation of both Acts in 2014”. That seems more like the old 1997 mechanism and less like the current mechanism. If recent events are any harbinger, the Senate Banking, Trade and Commerce Committee may be ready, willing and able to lead the way, or at least play a major role. Hopefully, a process that provides a useful and sustainable synergy between expert bureaucrats, Ministers, elected MPs, and a hopefully less partisan and more engaged Senate where long term expertise can develop will emerge from all of this.

That said, it quite possible that Ministers Bains and Joly may play a role in making suggestions to the House and Senate regarding the direction that the review might take. Since there is little doubt that the Ministers and their officials will be heavily lobbied by the usual suspects, it would be logical for the Ministers to open up the process by inviting submissions and, perhaps, holding public fora either online or in person or both, as has been done in the past. Nothing has been announced to date about how this process will unfold. We may not know more for some time – perhaps not even before the summer.

There are some wild cards that could come unexpectedly. The obvious one is that of NAFTA, where copyright could be forced onto the table. No doubt, the American content industry, through its Canadian surrogates, will push for the life + 70 windfall that they managed to get in the now moribund if not dead TPP.

The following is where we can expect the main lobbying in the next weeks and months to be focused:
The copyright content owner and collective “maximalists”, who will likely be led by the music, publishing and copyright collective sectors, will be seeking such things as:

The “user” community, on the other hand, may seek such things as:


Copyright law has, historically, not been a particularly “partisan” issue in the political sense. However, the Democrats in the USA and the Liberals in Canada have overall been more sympathetic to copyright content owners than Republicans and Conservatives respectively. The current Liberal government would do well to remember, however, that the once promising career of Sarmite Bulte, former Liberal Member of Parliament and once potential Minister of Canadian Heritage, came to quick end in 2006 in no small part as the result of revelations about her controversial relationship generally and a notorious “fundraiser” in particular involving prominent copyright industry leaders, including the still very active Graham Henderson.

Virtually all stakeholders that are affected by Copyright Board decisions are eager to see reform at the Copyright Board. I have long suggested that much, if not most, of what is needed could be done quickly by means of regulations. However, legislation may be required for more profound and long-term change.  There is general agreement that the current delays of typically four years or more to get to a hearing and a further delay of two years or more to render a decision that is inevitably retroactive by six years or more are inexplicable, unacceptable and unsustainable.  The Senate BANC Committee has taken the initiative on this front and its report of November 30, 2016 may signal in some ways how the Section 92 process will unfold.

Posted by Howard Knopf at 8:53 am No comments:

Today is public domain day in Canada for the works of any sole or last surviving joint author who died in 1966. Canada has a copyright term of life + 50 years.

Walt Disney, the person, died on December 15, 1966. This means that any works of which he may have been the sole or last surviving joint author are now in the public domain in Canada as of January 1, 2017. It will be interesting to see if there are such works. In Canada, there can sometimes be legal and factual complexity and uncertainty in the determination of authorship and the copyright term of films.

As anyone who knows anything about copyright law knows, it was The Walt Disney Company that pushed the US Congress and the Clinton administration to extend the American copyright term to life + 70 years in 1998 through the Copyright Term Extension Act, sometimes referred to as the Mickey Mouse Protection Act.

There are no credible policy reasons to extend the copyright term beyond that of life + plus 50 years. However, there are billions of reasons in the form of dollars for shareholders in legacy copyright-based companies, such as Disney, to do so. Not only will revenue streams be extended – but term extension sets up effective barriers or delays to entry for anyone who dares to emulate Disney’s business model that was built upon exploitation and reliance upon the then much more recent entry of works into the public domain. Here is an article in Forbes by Derek Khanna entitled 50 Disney Movies Based On The Public Domain.

Indeed, those who believe in innovation should strongly oppose term extension. There is no substantial incentive value to any living creator – and obviously no incentive value whatsoever to dead creators – involved in the theoretical possibility of windfall revenues for great-great grandchildren and even beyond. Indeed, excessively effective copyright protection can serve as a disincentive to creativity. See F.M. Scherer’s brilliant book Quarter Notes and Bank Notes: The Economics of Music Composition in the Eighteenth and Nineteenth Centuries.  He suggests that “In the case of Verdi, greater remuneration though full exploitation of the copyright system led perceptibly to a lessening of composing effort.” (p. 194). Verdi, of course, is high if not on top of the pantheon of opera composers. Copyright is not the only and arguably far from the most efficient tool to incentivize literary, dramatic, musical and artistic creativity.

Canada, China and many other countries have not followed Disney’s company’s wish to extend the copyright term to life + 70 years. I take some credit for stopping a stealth move by the Canadian Government to extend the copyright term in 2003. Here’s my “Mouse in the House” National Post op-ed that played a significant role in that resistance. Canada, to its credit, held the line on the life + 50 term in CETA – even though the EU had long since gone to life + 70 even before the Americans. However, the now apparently dead TPP (which Canada had signed) would have extended the term to life + 70 in Canada.

If NAFTA is really going to be reopened as Trump threatens, look for American pressure as focussed and amplified through the usual Canadian lobbyists to escalate the Canadian copyright term to life + 70.  Hopefully, Canada will stand its ground.  The previous Government shamefully snuck through a 20 year term extension in 2015 for sound recordings in an omnibus budget bill at the behest of lobbyists for the American recording industry. I wrote the following on November 17, 2015 based upon a recent New Zealand government study:
Assuming that the New Zealand study methodology for calculation of the cost of a 20 year copyright term extension were to be more or less applicable to Canada and that the results would be more or less proportional to the difference in GDP, here are some admittedly “back of the envelope” calculations:

The average present value of the cost of 20 year copyright for recorded music and books term extension (which included an estimate for film and television) was estimated by NZ is NZ $505 million, which is CDN $434 million, which adjusted by GDP ratio, would work out to about CDN $4.176 billion.

The average annual cost for NZ is NZ $55 million, which is $CDN 47.3, which adjusted by GDP ratio, would work out to about CDN $454 million.

Other notable creators who died in 1966 include:
Canada welcomes them and Mr. Walt Disney himself to the public domain in Canada.

HPK
Posted by Howard Knopf at 8:55 pm No comments: