The video of the oral arguments in the recent Supreme Court of Canada hearing in CBC v. SODRAC is now finally available here.

My submission re the "mandatory tariff" theory on behalf of the McGill Centre for Intellectual Property Policy and Ariel Katz starts at at ~ the 152.00 mark.

I'm not sure why this was not webcast live on March 16, 2015 when it was heard.  Apparently, some underlying material was designated as "confidential" by the Copyright Board, which happens all too frequently in Board cases - notwithstanding the fundamental principle of open courts in Canada. In any event, we now have the video.

HPK
Posted by Howard Knopf at 1:21 am No comments:

Some Comparative Observations & Stats on the Copyright Board, Selected Canadian Tribunals & the Supreme Court of Canada

Some lobbyists and interested members of the copyright bar have been actively endorsing the Copyright Board’s longstanding campaign for more resources to supposedly solve the extraordinary delay problems at the Board. Here’s another very recent effusive example. There is a persistent but unexplained expectation that more resources will somehow speed up the frequently four year delay before a hearing even takes place and the now seemingly new normal delay of two years or more after the hearing for a decision to be rendered.  Assuming that members of the Copyright Board have expertise in their subject matter, and that they are actively engaged in writing their decisions, it is hard to see how more resources alone will have any positive effect in solving the delay problem. Federal Court judges routinely issue numerous – even dozens – of substantive and significant decisions every year in six months or usually much less time after hearing with no more “resources” other than one clerk just barely out of law school. Many of these cases are far more complex both factually and legally and sometimes in terms of public law importance than most at the Copyright Board. Even the less complex ones – for example routine immigration cases – are very important to the parties involved and require great care and judicial consideration.

The Canadian Judicial Council has recently stated that it should never take more than six months for a judge to render a decision, except in the most complex of cases. Indeed, the CJC said that “judges should render decisions within six months of hearing a case, except in very complex matters or where there are special circumstances.” It is difficult to find any examples of cases at the Board that would warrant an exception to this benchmark.

Ironically, even after these uniquely lengthy delays, the Board’s decisions in turn are regularly challenged in the Courts and sometimes dramatically reversed. Moreover, in two recent instances and after long delays, the Board has even felt compelled itself to issue quick “mea culpa” corrections, which have in in turn led to even more complications.

In this light, consider the following:
Below are some potentially interesting and useful statistics from the most apparently analogous federal institutions. This chart is a work in progress and may be further developed. Suggestions are welcome, on or off line. Corrections are also welcome, since I’m no expert in the interpretation of bureaucratic financial and planning reports.


The inclusion of the Supreme Court of Canada is a result of the  published statement of the retired Chairman of the Copyright Board (William Vancise) in 2006 shortly after his appointment:

I am not at all happy with the time it takes to render a final decision. I have tried to address the issue and I can assure you it will be resolved. If the Supreme Court of Canada can render a decision within six months of a hearing, there is no reason why this Board cannot do the same. My goal is to see that this occurs. (emphasis added)

It was indeed a rather odd notion on the part of Judge Vancise to use the Supreme Court of Canada as a proxy for the Board’s timing benchmarks, because the Supreme Court does not hear evidence or witnesses and it does, by definition, almost always deal with very complex and important legal issues. However, QED. If the Court can render judgments in six months, a fortiori one would think that the Board could do so – if not in much less time. Therefore, it is unfortunate that Justice Vancise was not able to resolve this problem during his ten year tenure and it would seem anecdotally that the delay problem has actually become significantly worse in recent years. For example, it has been nearly 2.5 years since the Board’s hearing in the Access Copyright - Provincial and Territorial Governments Tariffs (2005-2009 and 2010-2014) matter and no decision has yet been rendered in that matter. The Access Copyright Post-Secondary Tariff seems to have gone into a state of suspended animation, since there has been no follow up by the Board to its announcement on January 17, 2014 that it will postpone the hearing sine die and will “will either decide when to reschedule the hearing or proceed on paper”.

We expect to shortly see an analysis from Prof. Jeremy de Beer commissioned by Heritage Canada based upon actual data of the time between some of the steps in the Board’s process.

So, in the meantime, here’s some data I’ve assembled without being commissioned by anyone:

The problems of the Board can only be solved if both of two things happen:
It will be noticed in the above chart that the Board is the only institution listed without regulations or other form of mandated specific rules to govern its procedure.  There is no reason for this to be the case – indeed experience suggests quite the contrary. As everyone knows, regulations are much easier to implement than statutes. That sometimes pesky and petulant creature known as Parliament is not involved. All the necessary authority is already in place in this case. There’s no need – and arguably no excuse - to wait for the five year review.

HPK
Posted by Howard Knopf at 6:06 pm No comments:

Update on Canadian Copyright Board Matters: What is Happening and Not Happening

The Board has promptly posted all the responses to its Working Group Committee Report. I won’t begin to analyze them, other than to say that there was a surprising amount of agreement amongst a number of normally strange bedfellows (including Music Canada, Access Copyright, major broadcasters and yours truly) that the recommendations might actually make proceedings even longer and more expensive at the Board.

Simon Doyle has written a timely piece in the Globe and Mail – unfortunately it’s heavily pay-walled – about the slowness of the Government to appoint a new Board chairperson. He mentions some – though not all – of the names that are being talked about in various circles. He describes some of the apparently intense lobbying that is taking place. He also quotes me as follows:
“There’s no apparent reason why it now often takes the board four years to get to a hearing and two years or more to render a decision,” Howard Knopf, a copyright lawyer in Ottawa with Macera & Jarzyna LLP, said by email.

Mr. Knopf said the Copyright Board has oversight of about $500-million a year “of collective copyright activity in Canada. Also, the board’s processes have generated a lot of money over the years for certain lawyers, consultants and perennial ‘expert’ witnesses.”

Mr. Knopf said the government can implement regulations that could address the steps, stages and timelines of a hearing, the interrogatory process, the qualification of experts, and timelines for the rendering of a decision after a hearing.

Meanwhile, back in the Courts, on Monday morning, March 16, 2015 the Supreme Court of Canada will hear the CBC v SODRAC appeal, which involves yet another judicial review of a Copyright Board decision. This will be  the 17th case involving important consideration of the Copyright Act that this Court will have heard  beginning with the 2002 case of Théberge v Galerie d’Art du Petit Champlain inc. Seven of these have arisen from judicial review of Copyright Board decisions.  Five others were infringement cases. Prior to 2002, the last important copyright case from the Court was Bishop v. Stevens, [1990] 2 S.C.R. 467, which will be referred to very often on Monday.

CBC v SODRAC will focus mainly on technological neutrality. I should disclose my involvement as counsel for the Centre for Intellectual Property Policy at McGill and Prof. Ariel Katz. They have been given leave to intervene on what they call the “mandatory tariff” theory. Their position is that it:
…lacks any basis in law: standard principles of statutory interpretation contradict it; the case law debunks it; and the legislative history discredits it. In addition to absurd results that contradict fundamental tenets of the rule of law, the “mandatory tariff” theory threatens to upset the balance in Canadian copyright law. It would overly compensate owners, contrary to this Court’s holding in Théberge, and it could gut fair dealing and others users’ rights, contrary to what this Court cautioned against in CCH.

The webcast will be delayed because SODRAC has filed some material that it regards as confidential. The music industry will present two joint interventions, and CIPPIC will also appear. All the factums can be found here.

Those who want to watch this live in real time will have to attend at the Court. Proceedings start at 9:30 AM.

Posted by Howard Knopf at 5:06 pm No comments:

My Response to Canadian Copyright Board Working Group Report of February 4, 2015 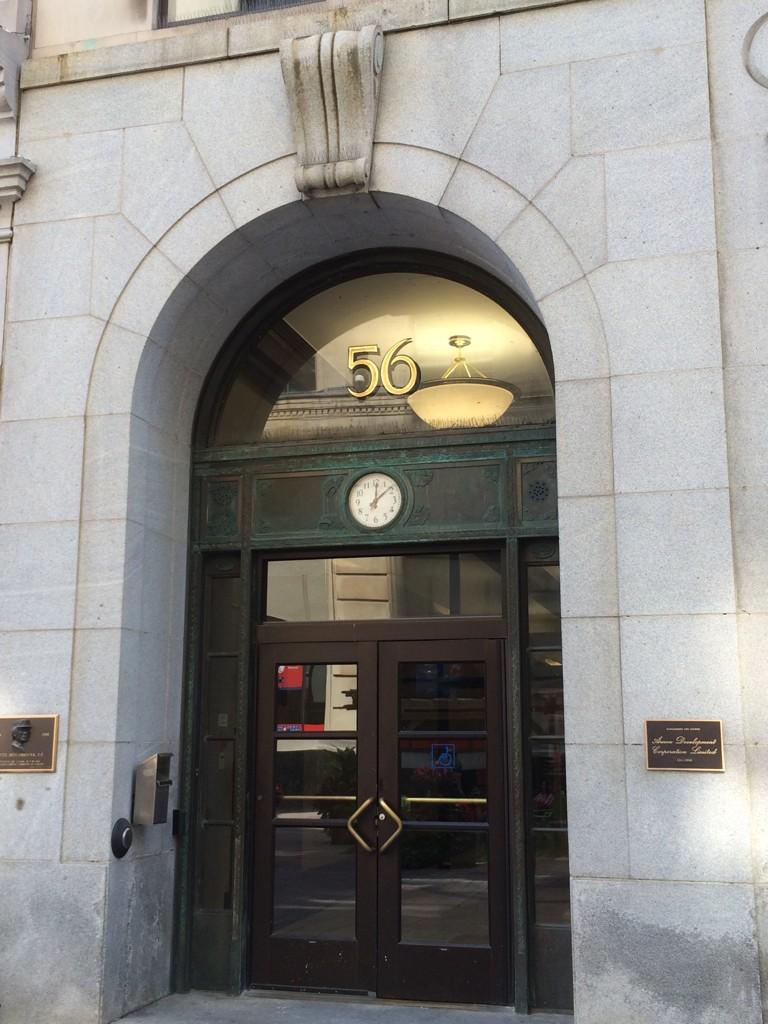 Here is my response to the Copyright Board's Working Group report, which I posted about on February 10, 2015. Michael Geist also wrote about it here.

HPK
Posted by Howard Knopf at 5:53 pm No comments: