Fair Dealing in Canada: Dry Erase Boards and Overhead Projectors - Believe It Or Not? Updated 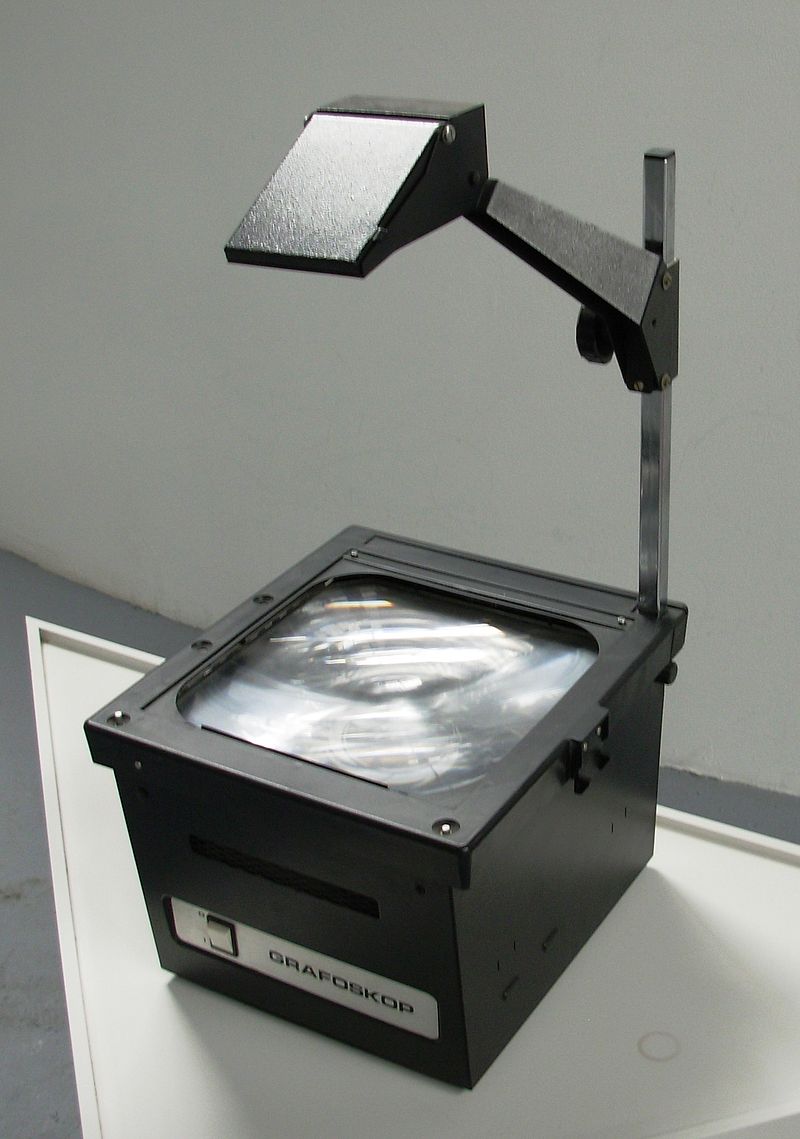 Believe  it or not, the following was in Canada's Copyright Act until 2012:

Reproduction
for instruction
29.4 (1) It is not an infringement of copyright for an educational institution or a person
acting under its authority
(a) to make a manual reproduction of a work onto a dry-erase board, flip chart or other
similar surface intended for displaying handwritten material, or
(b) to make a copy of a work to be used to project an image of that copy using an overhead
projector or similar device for the purposes of education or training on the premises of an educational institution.

Thankfully, those provisions are now gone and those responsible for them are doing other things or have retired.

Mercifully, the Supreme Court of Canada was much smarter than these drafters and said that fair dealing is "always available" and must be given a "large and liberal interpretation" and we shouldn't have to look at these particular (and IMHO sometimes silly) little exceptions when the general provision in s. 29  is applicable.

I am glad we never had to test what would happen if the janitor used a wet cloth to clean chalk off a blackboard after school (I may be dating myself) or whether computer projectors would be considered a "similar device" to the long obsolete "overhead projector".

A copyright nerd from Queen's Law School has provided me with a recent picture that illustrates the ongoing presence of both the dry erase board and the overhead projector at that institution. 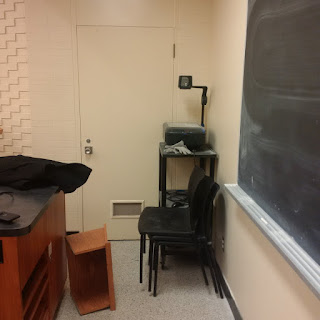 Posted by Howard Knopf at 8:14 pm No comments:

This looks like an interesting and timely event with some high powered people. But where's the Canadian content?

Posted by Howard Knopf at 12:41 pm No comments:

Moral Rights in America: “the only thing we have to fear is...fear itself”

The US Copyright Office, to its credit, has recently launched a consultation on moral rights, an issue that has struck fear into American corporate copyright interests for almost a century, since the concept was embraced in the Berne Convention in 1928. This fear resulted in a less than convincing accession to the Berne Convention in 1988. The late Director General of WIPO, Dr. Arpad Bogsch, compromised his once considerable credibility by turning a blind eye to fact that the USA basically did not provide adequate, if any, moral rights protection as required by the Berne Convention. Indeed, a few years later, the USA managed to exempt moral rights from dispute resolution proceedings under the WTO TRIPS agreement. The current consultation is at least an implicit if not explicit recognition that something needs to be done.

To date, the only explicit moral rights protection in US law is for visual artists as a result of a bill championed by the late Senator Edward Kennedy. Canada has had explicit moral rights protection consistent with the Berne Convention since 1931. There has been little litigation and little controversy, and the provisions have been updated as needed. See s. 14 here  and s. 28 here.

Controversy and misunderstandings about moral rights continues unabated. For example, not long ago in 2012 the iconic IPKat blog hosted this blog by Mira Rajan, which then blogmeister Jeremy Phillips characterized in prefacing her rejoinder as having “become more or less instantly one of the most controversial pieces to appear on the 1709 Blog”. My own take on this controversy can be found here.

So, it is not altogether surprising that there continues to be misunderstandings about moral rights, even on the part of some who one would expect to be better informed and more pro-creator. For example, I am surprised and disappointed to see the Electronic Freedom Foundation (“EFF”) opposing moral rights reform in the USA and stating bluntly that “Importing new moral rights would undermine settled law to the detriment of the public and with little corresponding benefit to authors.” Here’s the EFF’s website posting entitled “EFF Says No to So-Called “Moral Rights” Copyright Expansion”.

Likewise, Public Knowledge (“PK”) states that “We are concerned that extending additional statutory protection to include rights of attribution and integrity would be difficult to define with sufficient precision and predictability, and may have little benefit.”

EFF and PK – which are both normally defenders of balanced, principled and well-informed advocacy about copyright – find themselves here in apparent substantial agreement with the Motion Picture Association of America (“MPAA”) which states that:
Granting creative contributors statutory rights of attribution and integrity vis à vis the producer of a motion picture risks undercutting the ability of that producer to distribute the work in the way it finds most desirable; threatens conflict with fundamental principles of copyright law (including the work for hire doctrine) that have well served all players in the motion picture ecosystem; and would potentially violate the First Amendment rights of producers, artists, and third parties who wish to make lawful use of others’ works. For these reasons, among others, the MPAA believes new legislation in this area is ill-advised.

A very sensible and much better researched position on moral rights comes, not surprisingly, from the Authors’ Alliance led by Pam Samuelson which reiterates its position that:
The law should recognize the right of authors to be acknowledged as creators of our
works. This is especially important for those of us who create in order to contribute to
knowledge and culture. Attribution serves not only our interests as authors, but also the reading public’s interest in knowing whose works they are consuming and society’s
interest in an accurate record of the intellectual heritage of humankind.

Politics often makes strange bedfellows.  Other comments submitted by the initial deadline of March 30, 2017 can be found here. There are surprisingly only 42 submissions, perhaps reflecting cynicism about the difficulty of progress, confirmed by the fact that the EFF and PK on the one hand are in agreement with the MPAA. The deadline for commenting on these submissions is May 15, 2017.

One hopes that Americans will eventually realize that, when it comes to moral rights, they should do the right thing and that “the only thing we have to fear is...fear itself”.