The US Music Industry Pushes the Litigation Innovation Envelope Again: Moving On From Single Mothers to the Biggest Car Companies 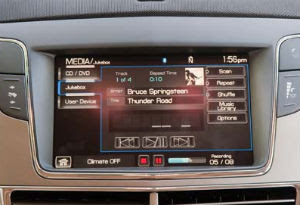 Although it may have been a misquote, the old 50’s phrase "What's good for General Motors is good for the country" (USA) has become a kind of trademark and shibboleth of American business, culture and governance.

In a notable new development, the American music industry is determined to challenge this notion by suing GM and Ford and two suppliers for $2,500 for every vehicle they have sold for the last three years that includes CD ripping technology. See here and here and here.

The music industry litigation arises under the Audio Home Recording Act (“AHRA”). This law now forms Chapter 10 of the U.S. Copyright Act. The car companies have been selling cars that have devices that are capable of “CD Ripping” – namely loading CDs that consumers have bought and paid for into memory so that they can play them back through the car’s entertainment system while driving without having to perform manual and mental gymnastics on thruways in rush hour. The irony, of course, is that likely hardly anybody uses this CD ripping technology now – since almost everyone with a new car will use a Bluetooth connection from their smart phone or iPod technology to hear their personal collections of music.

The AHRA was passed in 1992 and almost from the beginning was seen as something of  a dead letter and useless law conceived to deal with technologies that were then almost and now are virtually completely obsolete – such as DAT and Minidisc technology. It has enormous scope for exemption for devices and media the “primary” purpose of which is not to copy music. Even in its heyday, the royalties that it generated were miniscule and maxed out at $5.3 million in 2000, ironically a small fraction of what the now moribund Canadian private copying levy scheme once generated.

One wonders why, apart from common sense, the lawsuit was not launched a long time ago. This new litigation may be the result in part of a recent US Supreme Court case that allows, in effect, for rolling three year limitation periods in copyright litigation.  Perhaps the American music industry believes it can make up for lost time and craves more attention now by making new and even more powerful enemies. If suing a single Native American mother and a Boston university student for millions isn’t sufficient to get their desired level of attention, then why not sue the biggest automobile companies? This now seems to the music industry’s latest example of “innovation” – at least in litigation.

In any event, we have dodged this bullet – perhaps more like a mortar bombardment - in Canada. There has been successful litigation on two occasions to stop the Canadian Copyright Board from imposing a levy (which even Ministers of the Crown now call a “tax") on the memory permanently embedded in “devices” and then on the “devices” themselves. See here and here. And the current Government has decisively rejected any legislation enabling an “iPod tax”, which the current Industry Minister, James Moore, when he was Heritage Minister, bluntly referred to as a “really toxic and, frankly, really dumb” idea. This government has also decisively implemented a regulation to stop the Copyright Board from imposing a “tax” on microSDs. I should disclose that I have been involved in these Canadian developments over many years on behalf of the Retail Council of Canada.

In fact, we did talk about the AHRA in the Canadian proceedings back in the day. In 1999 and 2003, I brought James M. Burger, a prominent Washington lawyer and one of the architects of the AHRA, up to talk about how it works and what lessons was could learn about levies on media and devices. His testimony was very helpful and even prophetic. The then Chairman of the Copyright Board, Justice John Gomery, welcomed him on his second visit by referring to him on the record as “probably the oracle from on high on these subjects, as far as I can see.”

HPK
Posted by Howard Knopf at 8:16 am No comments:

If Buses Are Red, Can Fair Use Be Blue?

In 2012, more than a few eyes on both sides of the pond were raised when a brilliant young recently appointed judge named Colin Birss of the Patents County Court in England ruled that the picture called “Annex 1” above was infringed by the picture called “Annex 2” underneath it above. These were different photographs from different vantage points, as the Judge so found. Basically, they are pictures of a red bus appearing before the black and white British Houses of Parliament. But still, he found that there was infringement. There was much ado about whether copyright had been extended to the “idea” of a red bus (which is, as we all know, the iconic colour of London buses) against the black and white background of the British Houses of Parliament.  The idea of a red figure against a black and white background figured prominently, of course, in the well-known 1993 Spielberg film Schindler’s List:

While Colin Birss’s decision has stirred much discussion, it should be noted that it strictly speaking has no “stare decisis” precedential value in England because the Patents County Court is rather like a small claims court of IP cases.

However, and in any event, Colin Birss is now Sir Colin Birss and is a judge and rising star of the  High Court of Justice of England and Wales and is reportedly an avid bee-keeper in his spare time. He can also be sighted and heard from quite regularly at Hugh Hansen’s annual Fordham IP Conference in New York, which is always held on the first Thursday and Friday after Easter™. (I have also been known to have frequented that event for many years and had something to say on many occasions concerning Canada and related issues. I have indeed met Sir Colin at that event several times. Likewise, with other British copyright and cat fanciers, such as Jeremy Phillips of the fabled 1709 Blog who revealed the true colours of the red bus story and who I have alerted to the the situation at Brixton's pub in Ottawa described below.)

So, I happened to have lunch the other day with a distinguished  Canadian Copyright Board practitioner (who is so modest that he would surely want to remain nameless) at Brixton’s, the pleasant British style pub on Sparks Street in Ottawa and here is what our table covering looked like: