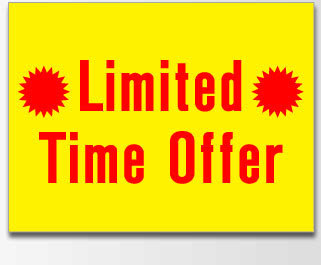 As of June 29, 2012, only 7 universities have signed on to the AUCC/AC deal with its special limited time discount on retroactive payments that supposedly expires on June 30, 2012. That's barely more than 7% of the 95 public and private not-for-profit universities and university degree-level colleges that are AUCC members. That's hardly a trend. And that date has no official status whatsoever. Nor is there any convincing reason that any agreement that may be signed should be retroactive, since virtually every university has either been operating under the interim tariff or paying license fees directly.

Indeed, there seems to be no convincing reason why the model license should be signed at all. To date, it is known that 14 universities have explicitly rejected the model license - led by UBC, whose President, Stephen Toope, is the Chair of AUCC and former Dean of Law at McGill. He is obviously not very enthusiastic about the "model license" and "negotiated settlement" that AUCC announced without notice on April 16, 2012. A few days later, it withdrew from the Copyright Board hearing, leaving its members without representation in that process, after reportedly having spent about $1.7 million of its members' money raised in a special levy on legal fees.

Here are the 14 universities to date that have publicly refused to sign the model license:

The announcement and press links are available on Ariel Katz's blog.

Here's my FAQ with 36 questions about whether an institution may or may not want to sign the model license.

UofT and Western, of course, were the early adopters back on January 30, 2012 - and set the template for the AUCC model license.

Here's Ariel Katz's running tally with links to reasons given by some institutions for their decisions. Three universities are listed as thinking about things.
HPK


Posted by Howard Knopf at 9:20 pm No comments:

No - Dewey did NOT defeat Truman and Obama did NOT lose the Supreme Court health care case....

I guess that CNN and Fox News must have been using the same headline writers and analysts who wrote the above stuff in 1948 and who probably should have retired by now.

Here were some of the blunders this morning as reported by the Washington Post, some of which I watched with amusement and a shameful touch of schadenfreude concerning those who doubt the value of hard working slow and steady legal bloggers who are sometimes not quite first to post but who who may actually get things right:

CNN’s screen read: “Supreme Ct. Kills Individual Mandate.”
“The court striking down that mandate is a dramatic blow to the president,” said John King, CNN reporter.
The network also sent an email reporting that the mandate had been struck down and posted the news on Twitter.
By 10:13 a.m., some doubt had seeped in and the onscreen headline read: “Supreme Court Rules on Obama Law.”
“Let’s take a deep breath and see what the justices actually decided,” Blitzer said. “It could be more complicated than we originally thought.”
By 10:15, the network was reporting that the entire law had been upheld, and King called it “a huge, huge victory for President Obama.”
Fox made the same initial mistake, with Bill Hemmer touting the “breaking news” that the individual mandate had been declared unconstitutional. Fox anchor Bret Baier tweeted the same news. Within two minutes, however, Megyn Kelly was citing the SCOTUSblog in casting doubt on that interpretation, even ordering producers to change an onscreen headline that read: “Supreme Court Finds Health Care Individual Mandate Unconstitutional.”
“We’re trying to do the best we can,” Hemmer said.

Anyway, all's well that ends well - and anyone who was smart enough to watch this on the SCOTUS Blog got accurate insight almost immediately.


It's not a good idea to rush to judgment until one reads the judgment.


Any, any honest lawyer will be quick to admit that it's not always easy to figure out who wins and loses in some complicated appellate decisions.


It should be interesting when we get perhaps five judgments all at once from Canada's copyright pentaology.


Anyway, I congratulate our American friends at the dawning of a new era where everyone can actually be entitled to reasonable health care. Canada has survived under such a system for many decades. You will too.

Posted by Howard Knopf at 4:18 pm No comments: 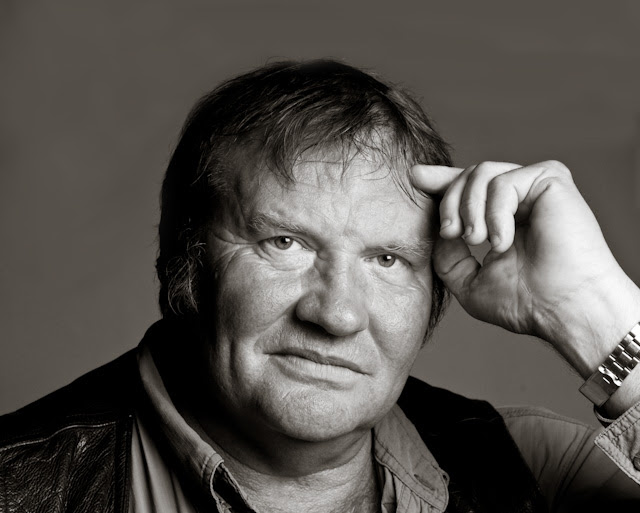 A prominent Canadian writer named Brian Brett has just penned one of the best critiques ever about Access Copyright. Quite apart from the substance and clarity of his critique, it must be particularly noted because he is a former Chair of the Writers' Union of Canada ("WUC"), one of the most militant writer's organizations anywhere.

Any university administrator even thinking about doing business with Access Copyright should read Mr. Brett's whole open letter. Mr. Brett is clearly speaking from his heart here on behalf of real writers. This letter is not likely to get him a lot of "A" list invitations to fancy galas in Toronto and Ottawa organized by major corporations and trade associations that live high off the creativity and hard work of the real writers of Canada, few of whom make anywhere close to what they deserve. Here's the gist of his open letter:

Access Copyright, created specifically to collect fair compensation for creators, is central to this discussion. While I believe that educational institutions must pay writers, and will eventually pay them, it’s also necessary to call out the ugly regime of Access Copyright, which is collecting our copyright income. Below are some of Access Copyright’s activities that have increasingly concerned creators over the last few years.

1. After its expenses (which are high - spending approximately $10 million to collect $23.5 million in distributable income), there is $23.5 million in money for copyright distribution. Over $6 million dollars go to foreign copyright organizations. Very little, if anything, is paid back for usage of Canadian copyright material by these organizations.
2. Access Copyright only acquires this $23.5 million by claiming to represent creators and publishers, and that paying them means supporting creators. Access Copyright then pays more than $13 million to publishers. It only pays $4.2 million to actual creators. Their remaining income, is supposed to be distributed by the publishers to their authors, according to how the publishers read their contracts. There is no evidence of this payment occurring since Access Copyright refuses to allow an independent auditing of this income. Effectively, this money has been ‘disappeared.’
3. Access Copyright refuses to distribute, through its “Payback” program, to creators, income from works older than twenty years, yet it continues to collect that income in their name.
4. Access Copyright continues to pay publishers the income for works whose rights have reverted totally to the authors.
5. According to current legislation Access Copyright is now allowed to give an indemnity to educational institutions that are sued by writers not affiliated with Access Copyright, covering their legal expenses if an independent writer should sue them. However, the writer will not be able to charge what they believe their work is worth. They will be restricted to the paltry amount that Access Copyright is currently paying to writers. This means that AC arbitrarily decides for independent authors the value of their work.
6. Access Copyright rewards textbook companies who demand that authors relinquish their copyright to their work by paying them both the publisher and creator copyright payment. Academic authors often consider textbook authorship crucial to tenure. Thus academic authors are open to being pressured by publishers out of their copyright. In effect Access Copyright is encouraging textbook publishers to undermine copyright by demanding a creators’ total copyright, and doubling the publisher’s payment for this ugly practice.
7. Access Copyright, rather than paying out unassigned money to creators as a reward for affiliation, has created a grant foundation that makes awards to a very few writers with funds collected in everyone’s name. Why are the earnings of all writers being converted into grants to a few without our permission?
8. While publishers clearly profit from the current situation, it is actually not their fault. The problem is structural within Access Copyright -- its constitution and the make-up of its board, and the anti-creator policies it has chosen to adopt over the years.

The timing of it great - coming just a few days before the supposed "deadline" of June 30, 2012 to take advantage of a supposed break on AC's supposedly good model license about which very few post secondary institutions have shown any enthusiasm.

Posted by Howard Knopf at 1:24 am No comments:

FAQ re the Access Copyright #ACdeal: 36 Q&As re Persistent Predictions of Peril as the June 30th "Deadline" Approaches


(©Access Copyright – who else would want to take credit?)

(Jim Bradford, The Canadian Press)
Above is the late but mostly unlamented spokesperson of Access Copyright (“AC)”. Despite Captain Copyright’s deservedly nasty, short and brutish life, his spirit lives on, apparently well nurtured by certain persistent pundits of peril. Also, we see above a lighting strike on Canada's iconic CN Tower, just a short distance from AC's offices. Being hurt by such a strike is a far greater risk than anything facing any Canadian educational institution or member thereof at the behest of AC.

In the above light, here is an FAQ  with three dozen questions and some perhaps inconveniently blunt answers about the recent deals reached by AUCC and ACCC, inspired by the earlier deals reached with UofT and UWO. For shorthand, let’s refer to the AUCC and ACCC “model licenses” as the #ACdeal where appropriate – which is the Twitter hash tag I have coined for this extraordinary capitulation by Canada's post-secondary establishment to a relatively small but very aggressive and persistent copyright collective that has clearly gotten the better of the AUCC and ACCC at every turn to date in the current Copyright Board hearing, and, as should now be apparent to all, for many years in the past.
HPK

Posted by Howard Knopf at 1:09 am No comments: