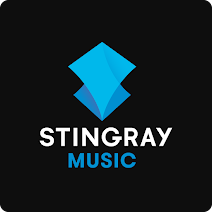 Here is the latest decision and tariff from the Copyright Board.

The oral hearing in this decision took place four years ago in May of 2017 and some aspects of this decision are retroactive to 2007. That is not a misprint. See paragraph 318.

Nelson Landry retired from the Board more than three years ago – and Claude Majeau almost three years ago. Former Chairman Robert Blair retired on May 27, 2020 – a year and a day before this decision was released.

I’ve written about the very unusual, if not unique, practice of the Board in allowing its retirees to deliberate – or perhaps ruminate – about pending decisions for as long as three years or more. While this is permitted by the statute according to s. 66.5(1), there would appear to be no need or reason for such lengthy deliberations. Judges of the Federal Courts have eight weeks and the Supreme Court of Canada have six months to finish off or sign off on any decisions arising from cases they heard before retiring, and they invariably have far greater caseloads. Retired Chair William Vancise took nearly four years to render his last Board decision after he retired. Whether or not Copyright Board members have been getting paid for these years long deliberations – and at whatever rate – the very possibility of this endless indecision concerning their decisions has apparently been hardly conducive to efficiency. Unlike appellate court decisions where there is a panel of three or more judges, one does not even know which Board member is primarily responsible for writing these decisions.

This tariff was worth less than $3 million a year in 2016 and is declining in value (para. 14). One wonders whether it is still of any importance in light of the avalanche of streaming services to which music fans are flocking – and paying for – and for which artists get paid, however poorly unless they are superstars. There is extremely scant reference to these competing streaming services in the decision.

Anyway, what is “Pay Audio”?

[3] Pay audio programming is a set of music channels distributed by cable or satellite broadcast distribution undertakings (BDUs), provided to them as a service by a third party.4 There is currently only one provider of a pay audio service in Canada: the Stingray Digital Group Inc. (Stingray).5

Here is what Stingray is apparently about.

According the Board’s Appendix to its Decision:

At earlier points in the proceeding, the following companies were also part of the Objectors:Braggs Communications Inc., the Computer & Communications Industry Association, MTS, and Yahoo! Canada Co. All of these latter companies withdrew their participation prior to the oral hearing, for various reasons.

For all of this, the tariff just decided by the Board is only applicable until 2016. Whether is has any practical importance beyond that date and what will become of this tariff in the future is unknown and likely to remain so for years.

It is very likely that this decision will be incomprehensible to the countless artists affected by it, or even most of the lawyers who follow Board decisions. As for the general public, if any of them stumble over it, one can only wish them good luck in understanding it.