Some Notes About Recent Developments at the Copyright Board of Canada 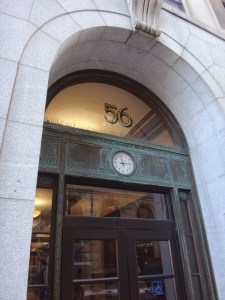 Justice William Vancise, who retired from the Board on May 13, 2014, has apparently rendered his last decision on January 18, 2018 – almost four years after his retirement.  This was the Access Copyright K-12 “reconsideration” matter, almost exactly a year after January 27, 2017, when “the Federal Court of Appeal agreed with Access that the Board failed to consider that expert evidence had been filed to estimate the degree of the underestimation of the number of copied works comprised in Access’ repertoire. The Court concluded that this was a reviewable error and sent the matter back to the Board for reconsideration.” It took the Board almost a year to conclude that “[31] As such, and despite the presence of errors in the dataset (which, as noted above, is not unusual in such a large exercise), the initial data remains the best available source from which to estimate the total volume of copying from works in Access’ repertoire. We therefore cannot reliably make any adjustments to the royalty rates the Board previously fixed on February 19, 2016. The Access Copyright Elementary and Secondary School Tariff, 2010-2015 is therefore unchanged.”

Some of these proceedings could go on for a long time. The Access Copyright Post-Secondary file is more than 8 years old – with no end in sight, presumably because there is no end in sight to the York University litigation that resulted from this arguably ill-conceived interim tariff – for  which no timely judicial review was pursued by either colleges or universities – which could have obviated the long and unfortunate resulting litigation. It now seems very possible that the Access Copyright v. York University case could end up in the Supreme Court of Canada – which means that we may not know the ending of this litigation saga for least another three years or so. The appeal from the trial decision is unlikely to be heard for at least another few months. I shall update on this long story in due course.

The retransmission tariff is worth a lot of money – potentially at least $200 million per annum – and there was a lengthy hearing more than 2.5 years ago, although the record did not close until August, 2016 – i.e. several months thereafter.  The Board has more than once taken about 30 months after a hearing to render a decision, even in relatively routine circumstances.

As for membership on the Board, the situation seems to be as follows:

There were two processes launched in September 2017 for Governor in Council Appointments: one for the Vice-Chairperson and another for part-time Members. We are still awaiting the results of these processes. The Government’s website currently shows one vacancy.

The Government issued a press release on August 9, 2017 indicating that Mr. Majeau’s term would be extended for one year effective August 3, 2017. This extension by means of a retroactive amendment to an order in council was potentially legally controversial because the legislation allows appointment only for two terms of up to five years each and states that a member can be “re-appointed once only”. I am not aware that anyone has taken issue with this extension. This is presumably because Mr. Majeau is widely respected for his corporate memory, wisdom and impartiality and the extension was understandably deemed necessary to “maintain continuity”. It will be interesting to see if there is another retroactive extension. This would seem unlikely, given the dubious nature of the previous extension.  Even if this mechanism is not re-used to further extend Mr. Majeau’s term beyond August 3, 2018, he will presumably be seized of several files for a long time, along with Mr. Landry, and his considerable experience and corporate memory will be presumably be available to the Board. I will provide the list of the cases of which he is seized when available. Moreover, the Board’s Secretary General, Gilles McDougall, has been there for approximately 15 years and is also a highly knowledgeable and very well-regarded source of wisdom, corporate memory and managerial continuity.

Unless new appointments are announced very soon, there could be potential issues as whether a quorum exists, since the only remaining member would be the Chair, Justice Blair. While there may not be problem for matters in which retired members are still seized (see below), this potentially could become an issue in new matters. See s. 22 of the Interpretation Act.

The current government has been slow in many of its GIC appointments. In the case of the Copyright Board, there has been a perennial issue arising from the need to hopefully have members with both substantive expertise at the time of appointment as well as actual and perceived independence. In the rather small world of copyright in Canada, that is not an easy goal to attain. The first Vice Chair of the Copyright Board, Michel Hétu appointed in 1989, who had previously had a long career in government, was a notable exception and exemplified both qualities.

Retired Board members are allowed to work on matters which the retired member “previously has begun to consider” s. 66.5(1). Unlike the Supreme Court of Canada and other courts, there is no time limit on who long this can go on. I’ve written about this several times, including in in my submission on the Copyright Board reform process last year.

Whatever the reason for the unusual open-ended nature of this provision for retired members, it certainly does not encourage confidence in the expeditious renderings of decisions. Judges in the Federal Courts get only 8 weeks to finish off their decisions after they cease to hold office. Supreme Court of Canada justices have six months after they retire. The Canadian Judicial Council has specifically pronounced that “judges should render decisions within six months of hearing a case, except in very complex matters or where there are special circumstances. In some provinces, such time lines are included in legislation.” The Federal Court, Federal Court of Appeal and Supreme Court of Canada routinely render decisions on matters much more complex than any Copyright Board case in six months following the hearing. And when a hearing is over at the Copyright Board, it ought to be over. I see no sufficient reason why the Copyright Board frequently seems to find it necessary to go back to the parties and ask for more evidence or submissions.  I’ll come back to this another day.

The new PMNOC (patented medicines) regime – which involves extremely complex evidence and hearings involving huge amounts of money – must now be completed from start to finish in the Federal Court – including the judgment – within 24 months. I’ve discussed this in my submission on the Copyright Board reform process last year.

Contrast these benchmarks this to the 7 or 8 years commonly associated with Copyright Board hearings, which routinely involve 24 - 30 months to render a decision after the hearing is over – with subsequent judicial review often following. These long delays and the resulting retroactivity are now on the radar screen of the Supreme Court of Canada, because of submissions I made with Prof. Ariel Katz and Prof. David Lametti as he then was in the SCC in the CBC v. SODRAC case. See Canadian Broadcasting Corp. v. SODRAC 2003 Inc., [2015] 3 SCR 615, 2015 SCC 57 (CanLII), paras. 109-11 and footnote 2 in which now retired Justice Rothstein wrote:
[2]   During the hearing before this Court, counsel for the interveners the Centre for Intellectual Property Policy and Ariel Katz briefly raised concerns regarding the Board’s power to issue retroactively binding decisions in general. That issue was not squarely before this Court in this case, and I do not purport to decide broader questions concerning the legitimacy of or limits on the Board’s power to issue retroactive decisions here.
It would be interesting to know the financial costs associated with this 66.5(1) process broken down by the matter involved – including any amounts paid to retired members over the years, any travel costs, etc. and any policies or guidelines that may be relevant to such payments. I am not in any way whatsoever suggesting that this provision has ever been or would ever be used inappropriately by any retired member at any time. The real issue is that the open-ended mechanism applicable to retired members cannot possibly encourage or be seen to encourage the most expeditious of resolutions. The imposition of a six-month limit – at the most – for retired members to conclude their work would seem to be an obvious change to include in any legislation dealing with reform of the Copyright Board.
HPK