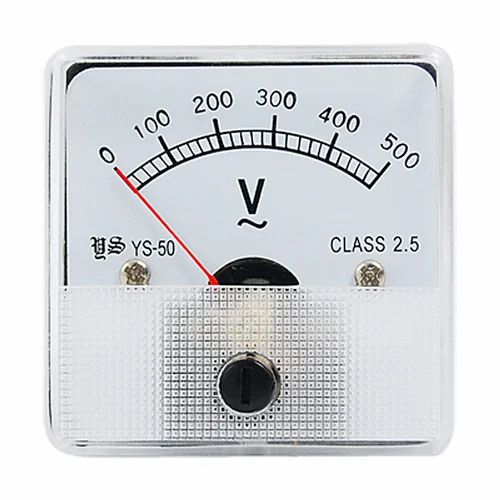 I have been writing about Voltage, copyright trolls,  and mass litigation in Canada and elsewhere for almost seven years (beginning on September 9, 2011  here).

On August 9, 2018 the Supreme Court of Canada dismissed Voltage Pictures et al’s application for leave to appeal from a judgment from the Federal Court of Appeal (FCA) affirming the Federal Courts’ February 2, 2017 order regarding security for costs but for very different reasons. That order required that Voltage must pay $75,000 into court for security for costs “forthwith” pursuant to Federal Courts Rule 416.  This case is the very controversial “reverse class action” in which Voltage and  a few others are trying to sue more than 50,000 individuals at once. This is an unprecedented and arguably completely unforeseen and unintended use of the relatively new Federal Courts rules permitting class actions.

For reasons that are not apparent, the FCA’s decision has only just been posted very belatedly on August 13, 2018, although it was rendered on November 15, 2017. I presume that this was an oversight. It’s unfortunate, because this proceeding was a major milestone in the ongoing efforts by Voltage and others to sue tens of thousands of individuals through this reverse class action and in approximately 15 current mass litigation law suits naming hundreds of “Does”. For example, one such action, that of Bodyguard Productions, has 726 “Doe” defendants. Another, Morgan Creek, as 352 Doe Defendants. Both of these strategies – namely the “reverse class action” and the 15 or so mass litigation lawsuits – are being pursued by the law firm of Aird and Berlis, LLP. The lead counsel is Mr. Kenneth “Ken” Clark, whose name has arisen before on this blog. Interestingly, most of these 15 mass litigation proceedings began after the Federal Court ordered the payment into court “forthwith” of $75,000 for security for costs on February 2, 2017.

The SCC’s refusal to grant leave to appeal to Voltage will come as good news to the potential 50,000 or so defendants in this very unusual and indeed unprecedented “reverse” copyright class action. One person, Mr. Robert Salna, was singled out by Voltage to represent thousands of potential class members. As luck would have it, Voltage chose quite possibly the very worst possible representative person from Voltage’s standpoint, Mr. Robert Salna, who is a landlord whose internet account allegedly “was used (likely by his tenants) to unlawfully distribute all of the films at issue in the underlying proceeding.”  Mr. Salna clearly has some means, has stood on principle and has good counsel.

I have previously written about how Voltage’s attempt to use a “reverse class action” in the USA was tossed by a federal district court judge in Oregon in 2013.

Naturally, each of the 50,000 or so defendants in this “reverse class action” may have had a different factual story to tell. Moreover, as any copyright lawyer in Canada knows, there is no Canadian case law establishing liability involving the use of BitTorrent technology by individuals.  In any event, even if there is liability in such a case, the amount of actual damage by any individual is likely to be minimal – since the cost of streaming or buying a movie is at most a few dollars. The range of statutory minimum damages for non-commercial activity is $100 to $5,000 and Canadian courts are consistent in ruling that statutory minimum damages must bear a correlation to actual damages. Even $100 is arguably far more than any reasonable measure of actual damage attributable to one individual in the circumstances as alleged.

There are approximately 50,000 class members as estimated by the plaintiffs in this proposed class action. If each of them is held liable for the maximum statutory damages amount of $5,000 for infringement of one work, that could lead to damages of $250,000,000. Even at the $100 low end of the range, the judgment could be in the realm of $5,000,000. In fact, several works are involved in this proposed class proceeding

In this instance, Voltage is attempting to sue at least 50,000 individuals for a total court filing fee of $50 for an “application.”  This is in contrast to a normal “action”, which would normally require a filing fee of either $150 or $50 for each separate lawsuit, the latter being available only for a “simplified action” when the amount claimed does not exceed $50,000.

So, if Voltage pursues its strategy and succeeds in getting this reverse class action certified, it will get to sue at least 50,000 individuals for a court filing fee of less than $0.001each – that’s less than a tenth of a cent.

Voltage and the other plaintiffs were unwilling to put up any security for costs, which is a very normal step at the outset of any Federal Court litigation when, inter alia, the plaintiff is a non-resident entity or when it does not provide an address. See Federal Courts Rule 416.
Voltage had argued the Federal class action regime was designed to prevent costs awards, including any “security for costs” requirement.

Voltage wanted to argue that the class action mechanism in the Federal Courts Rules is intended to immunize plaintiffs from costs except in very limited circumstances. However, the Federal Court of Appeal ruled that the nature of a reverse class action may well be an example of when “exceptional circumstances make it unjust to deprive the successful part of costs”. The motions judge in this instance, Justice Boswell, awarded $75,000 security for costs because he reasoned that the certification motion had not yet been filed.

The FCA convincingly ruled that Justice Boswell got the right result but for the wrong reason:
[8] Notwithstanding this, I believe that the Federal Court’s order should nonetheless be upheld as there is an alternate basis for finding that the Court possessed the jurisdiction to make it. In the exceptional circumstances of this case, which involve a proposed reverse class proceeding brought by foreign corporations with no significant assets in Canada against a proposed class potentially comprised of thousands of individuals resident in Canada, it is entirely possible that, if he is successful, the respondent might be awarded costs under Rule 334.39(1)(c). This paragraph allows for costs in respect of a certification motion, a class proceeding or an appeal arising from a class proceeding if “exceptional circumstances make it unjust to deprive the successful party of costs”. Such circumstances could well be found to exist in the present case, but that issue will not be addressed unless and until the Federal Court dismisses the certification motion.

[9] The circumstances in Rules 416(1)(a) and (b) apply, and, therefore, but for this being a proposed class proceeding, the Federal Court would be empowered to make an order for security for costs. I do not believe that the fact that this is a proposed class proceeding forecloses the Federal Court from making such an order in the present case. More specifically, I do not believe that a determination under Rule 334.39(1)(c) is a condition precedent to the exercise by the Federal Court of its discretion under Rule 416 to order security for costs in a case such as this, and there is nothing in the Rules or the case law of this Court that would require such a conclusion.
…
[11] If the appellants were correct in the interpretation they urge, an order for security for costs could never be made in the case of a class proceeding involving exceptional circumstances as a determination under Rule 334.39(1)(c) cannot be made until a determination on the merits is made. In my view, such an interpretation is untenable as it could well deprive a representative defendant like Mr. Salna of any realistic hope of recovering the costs he might eventually be awarded.
[12] Moreover, it appears that none of the access to justice concerns that motivate the prima facie no-costs regime enshrined in the Rules for class proceedings militates against the order for security in the instant case. The appellants appear to be fully able to bring their action, and, indeed, had two lawyers gowned before this Court on this appeal. In addition, they declined to file any evidence detailing their financial means to retain and instruct counsel or to post the required security for costs. On the other hand, the respondent and other members of the proposed class will likely face difficulty in funding representation. Thus, there is no principled basis for finding that an order for security for costs should not be made in the present case and there is no binding authority that indicates that the Federal Court erred in making such an order. I therefore believe that it was open to the Federal Court to make the impugned order for security for costs.
[13] Nor do I see any basis to interfere with the quantum of the security set by the Federal Court, a discretionary factual determination that this Court cannot interfere with in the absence of palpable and overriding error. The appellants can point to no such error here, particularly in light of the magnitude of the expenses incurred to merely litigate the motion for security. Further, if the appellants are right and the Samuelson-Glushko Canadian Internet Policy and Public Interest Clinic will be intervening in the certification motion and carrying the bulk of the argument, it would be possible for the appellants to seek to have the Federal Court vary its order and decrease the amount of the security for costs they are required to provide. Indeed, in its reasons, the Federal Court commented on just such a possibility.
[14] Thus, I would dismiss this appeal.

The Supreme Court of Canada is not going to hear Voltage’s appeal regarding the security for costs order. As usual, they don’t provide reasons. The bottom line is that the FCA decision stands as controlling precedent.

Thus, the takeaway from all this is arguably as follows:


It will be extremely interesting to see whether Voltage now proceeds in this controversial “reverse class action”. If it wishes to proceed, it must put up $75,000 now and may be liable for substantial costs of the vigorously opposed security for costs motion in due course. I have previously noted how a prior Voltage foray in the Federal Court against Tekksavy customers fizzled when it was ordered to pay substantial costs. In fact, notwithstanding the Federal Court’s order of February 2, 2017 that the $75,000 for security for costs be paid into court “forthwith” (which means in a matter of days, not months or years), it apparently has still not been done, which seems rather odd. That order was not stayed by the unsuccessful appeal to the FCA or the subsequent unsuccessful leave to appeal application to the SCC.

Moreover, it will also be very interesting to see whether the possibly greater awareness amongst lawyers and even self-represented defendants about Federal Courts Rule 416  and “security for costs” will have any impact on the 15 or so mass litigation lawsuits against thousands of “Doe” defendants that were also launched by Mr. Clark.
Stay tuned.