The Effect on the Market Factor in Fair Dealing/Fair Use Law - What IS the law? #C11 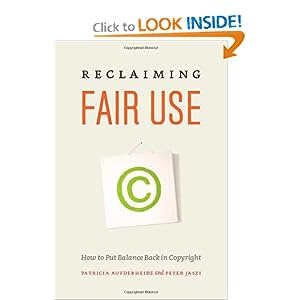 Listening out of the corner of my ear to the sometimes insightful but sometimes confused and even misleading testimony at C-11, I thought I heard some suggestions that Parliament should prioritize the “effect on the market” factor in CCH v. LSUC.
Here is how the SCC listed the six factors in CCH (see para. 53 ff.):

Concerning the last “effect on the market “ factor, the SCC said:


59    Finally, the effect of the dealing on the work is another factor warranting consideration when courts are determining whether a dealing is fair.  If the reproduced work is likely to compete with the market of the original work, this may suggest that the dealing is not fair.  Although the effect of the dealing on the market of the copyright owner is an important factor, it is neither the only factor nor the most important factor that a court must consider in deciding if the dealing is fair.  See, for example, Pro Sieben Media AG v. Carlton UK Television Ltd., [1999] F.S.R. 610 (C.A.), per Robert Walker L.J. (emphasis added)

It is not only presumptuous to suggest that the SCC doesn’t understand the law of fair dealing and that industry lobbyists know better. It’s simply misleading and inaccurate – if I heard it right – to suggest that prioritizing the “effect” factor is the way American law works.
It’s quite the contrary. The American courts now put what the SCC calls the first two factors at the top of the their priorities. For a very short, lucid and readable (by lawyers and non-lawyers alike) analysis of the state of the law on fair use in the USA, see Patricia Aufderheide and Peter Jaszi, Reclaiming Fair Use (2011) available  on Amazon for immediate shipment. The  Committee should have several copies on hand. On this issue, see Chapter 6 and pages 84 and 85 in particular. After the Campbell v. Acuff Rose decision in the USA Supreme Court in 1994, “transformativeness” – which arises from the first of the four American factors which correspond to the first two of the six Canadian factors is the top priority.
By the way, here is the American legislation, which we would do well to emulate:

17 USC § 107 - Limitations on exclusive rights: Fair use
Notwithstanding the provisions of sections 106 and 106A, the fair use of a copyrighted work, including such use by reproduction in copies or phonorecords or by any other means specified by that section, for purposes such as criticism, comment, news reporting, teaching (including multiple copies for classroom use), scholarship, or research, is not an infringement of copyright. In determining whether the use made of a work in any particular case is a fair use the factors to be considered shall include—
(1) the purpose and character of the use, including whether such use is of a commercial nature or is for nonprofit educational purposes;
(2) the nature of the copyrighted work;
(3) the amount and substantiality of the portion used in relation to the copyrighted work as a whole; and
(4) the effect of the use upon the potential market for or value of the copyrighted work.
The fact that a work is unpublished shall not itself bar a finding of fair use if such finding is made upon consideration of all the above factors.

It is always important that those who are about to change the law should know what the current law actually is. Perhaps I heard wrong, but I thought I heard some misstatements of the current law this morning.  I hope I was wrong, but the above may be useful in any event.
HPK

PS - for those following the C11 hearings closely, the Twitter hash tag is #C11
Posted by Howard Knopf at 1:50 pm