Canadian Copyright Kerfuffle – How NOT to Fix Copyright Law? (with apologies to Bill Patry)

I just can’t refrain from weighing in hopefully for one last time on the Knopf/Glover/Katz/Patry (in approximately that chronological order – key links provided below) kerfuffle ostensibly about the status of the “effect on the market” fourth factor in American fair use law. Although this has one or two amusing aspects to it (see below), it is mostly very serious. In fact, it’s really about a lot more than where the fourth factor ranks. (Hint – 4th is not necessarily the right answer though it could be, sometimes).  In all seriousness, this is very serious.  There are huge amounts of money and extremely important implications for education, teaching, research and innovation at stake.

Mr. Glover and some of his clients and others with similar intentions want nothing less than to:
There is a fascinating and important – indeed “must read” -  interchange here starting with Prof. Katz’s long but very readable and scholarly blog of March 16, 2012 with comments by  William Patry, Dan Glover, and Prof. Katz.

In any event, I am not going to respond in any detail to Mr. Glover’s blog of March 16, 2012 other than to say that it merely elaborates and confirms the misstatements in his earlier March 9, 2012  posting  concerning UK and, particularly, American law on the “effect of the market” issue, etc. One new thing that he does add is to frontally take on Judge Pierre Leval and Bill Patry – both towering authorities on the subject of fair use, and cited as such by the Supreme Court of the United States in the pivotal Campbell v. Acuff-Rose case that Mr. Glover would like to ignore but which effectively rejects the nine year older decision on which he has staked so much, not only in these recent blogs but in the Supreme Court of Canada, as Prof. Katz discusses in some detail. Some might say that Mr. Glover is courageous to openly criticize Judge Leval and Bill Patry on fair use law. Others might put it differently.

I don’t know how I can usefully add to the careful critique of Mr. Glover's position by Prof. Katz, wherein Katz concludes on the point about the “effect on the market” factor in American law:
Mr. Glover is not a law professor, so he cannot be faulted for not keeping up with “fresh from the oven” studies, such as those by Netanel and Sag. But Mr. Glover is a lawyer at a top law firm, graduate of top law school, and he surely knows how to retrieve US Supreme Court cases and how to check their currency. On a blog, relying on an earlier Supreme Court decision that supports a proposition while ignoring a later decision that refutes it (i.e., invoking Harper & Row while ignoring Campbell) might be embarrassing but excusable. On a blog, it is somewhat amusing that he accuses Howard Knopf of quoting “from ideologically friendly academic texts to misstate the law” because that would also mean that the US Supreme Court in Campbell, to which Knopf also refers, is equally “ideologically friendly”.

But regrettably, the intervener factum that Mr. Glover submitted last fall (with Mr. Sookman) misstated US law in the same manner. In para. 22 of the factum, Glover and Sookman wrote, quoting Harper & Row, that “In the USA, the Supreme Court has called the effect on the market factor “undoubtedly the single most important element of fair use.” The paragraph did not mention Campbell or any of the appellate cases that unequivocally interpreted Campbell as modifying Harper & Row. [FN. [2] The factum mentions Campbell twice, in para. 20 and para. 27, but to support other points. While both of these points are not really controversial, para. 20 erroneously describes Campbell as a case in which a fair use defence was rejected. The excerpt of Campbell included in their Book of Authorities omits the key passage at page 578 of the report that states “Nor may the four statutory factors be treated in isolation, one from another. All are to be explored, and the results weighed together, in light of the purposes of copyright.” (further references and footnote omitted)]

That statement about US law is incorrect. As US law stands today, the effect on the market is undoubtedly not the single most important factor. Ignoring this in a factum submitted to the Supreme Court of Canada resembles the kind of advocacy that Judge Posner recently described as the “ostrich-like tactic of pretending that potentially dispositive authority against a litigant’s contention does not exist”—advocacy which I find not amusing, and indeed, quite disappointing.

Prof. Katz also deals with a number of other important points, including how Mr. Glover also misstates English law. On the three-step test, Prof. Katz refers back to my blog on why the three-step test issue is a red herring and part of a “camouflage” to attack CCH v. LSUC.

Mr. Glover has an unconvincing reply to Prof. Katz posted as a comment on Katz’s blog in which he still effectively denies the fact that the US Supreme Court in its 1994 Campbell v. Acuff-Rose decision rejected the interpretation that he is trying to promote in Canada regarding the nine year older Harper v. Row decision on the issue of prioritizing the “effect on the market”.

The best way to understand case law is usually to read it. Here is what the Campbell Court said in 1994, in the key passage found at pages 577-578 of the report that Prof. Katz and I included in our Book of Authorities, but which Messrs. Glover and Sookman did not:

The task is not to be simplified with bright-line rules, for the statute, like the doctrine it recognizes, calls for case-by-case analysis. Harper & Row, 471 U. S., at 560; Sony, 464 U. S., at 448, and n. 31; House Report, pp. 65-66; Senate Report, p. 62. The text employs the terms "including" and "such as" in the preamble paragraph to indicate the "illustrative and not limitative" function of the examples given, § 101; see Harper & Row, supra, at 561, which thus provide only general guidance about the sorts of copying that courts and Congress most commonly had found to be fair uses.9 Nor may the four statutory factors be treated in isolation, one from another. All are to be explored, and the results weighed together, in light of the purposes of copyright. See Leval 1110-1111; Patry & Perlmutter, Fair Use Misconstrued: Profit, Presumptions, and Parody, 11 Cardozo Arts & Ent. L. J. 667, 685-687 (1993) (hereinafter Patry & Perlmutter ).10 (Footnotes omitted)

Because Nimmer on Copyright represents an inconvenient truth for Mr. Knopf, he resorts to the text authored by William Patry, now the senior copyright counsel at Google, who is himself quoting not decided case law, but a 1996 academic article (“Fair Use Rescued”) by Pierre Leval, a well-known judge formerly at the Second Circuit. The core point here is that Mr. Patry and Judge Leval are (as is their right) criticizing the logic behind the Sony and Harper & Row Supreme Court decisions as being circular or wrong in policy. Mr. Patry also clearly agrees with the user rights analysis of the CCH decision. Their views are an attempt to address, critique and change the law of copyright (as are those of Aufderheide and Jaszi), but they are not a statement of the law as it stands in the United States. They are a statement of the law as they would like to see it. (Emphasis added).

Hmm. So much for the US Supreme Court, Judge Leval, Bill Patry, as well as Patricia Aufderheide and Peter Jaszi, at least according to Mr. Glover. It’s hard to respond to this, other than to say that I am really honoured to see my name mentioned in the same paragraph as these outstanding American authorities, even if, according to Mr. Glover, they do not correctly state “the law as it stands in the United States”.

I’m also very happy to be “upheld” by none other than Bill Patry, through his vindication in the form of two eloquent comments that appear on Prof. Katz’s blog, which in turn supports my analysis.  This is how Patry very succinctly makes it very plain in his comment posted on Prof. Katz’s blog that the Campbell court rejected Nimmer and the Harper court nine years earlier on the “effect of the dealing” issue:

Harper & Row merely cited Nimmer, and Campbell, as has been noted, rejected Harper & Row, as have courts after Campbell. Put as clearly as possible, it is an inaccurate statement of U.S. law to say that the fourth factor is the single most important, determinative, primus inter partes, or anything of the sort. It is one of four and the four are inter-related and therefore considered together. (emphasis added)

Those who wish to read Mr. Patry’s work in full form work may want to look at his multi-volume treatise Patry on Copyright or his monograph Patry on Fair Use, and his many other books and works over the years.

When there is apparently dispositive  precedent, an appellant may  urge its  overruling or  distinguishing or reserve a  challenge  to  it  for a petition  for  certiorari but may not simply  ignore it … 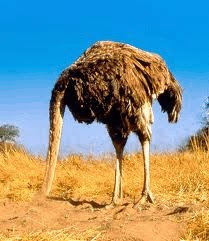 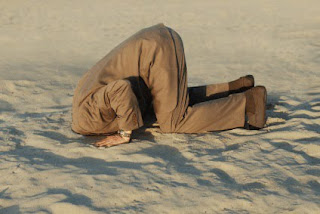 Judge Posner’s much discussed decision should be required reading for all law students and all litigation lawyers. As it happens, Mr. Glover’s own firm, McCarthy, Tétrault, has a  blog on appellate advocacy with a posting on Judge Posner’s decision that concludes with the wise advice that:

So don’t be an ostrich. Distinguish adverse authorities with your head high (and firmly out of the sand).

Details here. Not to be missed.

Hopefully this will be webcast live and archived.

All of this recent kerfuffle on the Canadian copyright blogs – not to mention the recent and hopefully final chapter of the CBA imbroglio – in which both Mr. Glover and I had roles to play – no doubt illustrate examples of “How NOT to Fix Copyright”.


Harper & Row merely cited Nimmer and did no analysis of its own; it was dictum, Court did not, in fact, base its decision only on the fourth factor. But it is true that until Campbell rejected Harper & Row’s treatment of the fourth factor, lower courts did cite the “single most important factor language.” Judge Leval and I both that Harper & Row and the lower courts following it were wrong on this point and we said so. Our advocacy was adopted by the Campbell court; it is, therefore, is entirely inaccurate of you to pretend that our views remain mere criticisms of Sony and Harper & Row. Campbell accepted them and they are now the law in the U.S., like it or not. (emphasis added)

Links to previous blog postings in this kerfuffle: