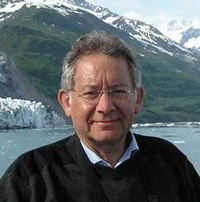 Sir Hugh Laddie has died, following an illness that he fought as only he could. This is devastating news for those of us who knew him as a friend. This is a staggering loss for those who care about the future of an intellectual property legal system that would serve the public interest.

He was a great judge, and took the rare step - especially in the UK - of stepping down from the bench in order to get back into the fray of practice and academia, where he worked right to the end.

His contribution to intellectual property law was astonishing by any measure, but especially prodigious given his all too brief life. It was he as a young barrister at the age of 29 who developed the remedy known as the "Anton Piller order" and won the landmark appellate ruling in a judgment written by Lord Denning confirming its historic place in legal history [1975] EWCA Civ 12). His treatise on copyright law is the finest of its kind in the world - blending authoritative erudition with focussed and frank comment where needed. We need a new edition, but he will now not be here to give it to us.

He had immense humour and courage, which he manifested every year at the Fordham conference in his criticisms of the USA, the ECJ, and any other government, institution, scholar or jurist with which he disagreed on a matter of principle.

For example, he pointed out in the Times of London recently about the USA that:


“Of course there is counterfeiting in China, but the same goes on in the US and Europe. Pro rata, the biggest source of pirated computer software in the world in the US.”

At the moment (Sunday morning, November 30, 2008), the most current source of information about Sir Hugh and his life is at the IPKat blog,

His brave and brilliant insight is reflected in some of my favourite quotes from him, in his address on the death of another great English copyright scholar, Steven Stewart, Q.C., e.g.


The [UK] Act of 1911 was a timid little creature. It contained a mere 37 sections. Some believe it was the best Copyright Act we ever had. The 1956 Act was a formidable affair. It contained 57 Sections. It held sway during a period in which copyright legislation burgeoned. But the 1988 Act puts all of this to shame. It contains over 300 sections, about 280 of which relate to copyright and its new offspring, design right. The increase in size cannot be attributed merely to a trend toward verbosity in modern legislation, although there certainly is some of that present in the 1988 Act. To a large extent, it reflects the spread and creation of new copyright-type rights...

You can libel a dead author to your heart's content, but if you want to honour him by publishing a commemorative edition of his letters, 50, 60 or 69 years after his death, you will infringe copyright, you shall have to pay exemplary damages and... you may be prosecuted".

These were bold words for a then recently appointed judge of the High Court, but Sir Hugh was bold hero in the intellectual property firmament. He was a shining and valiant knight in every best sense of the word. May his memory be a blessing.

He loved fly fishing, grand opera and, above all, his wonderful family, to whom I extend my deepest sympathies.

This is a profoundly sad day.

PS - The Telegraph has published an obituary. According to it, Sir Hugh later described his invention of the Anton Piller order as a Frankenstein's monster that went far beyond his original design brief.

PS - a very moving collection of tributes from Law Lords, law students and many others can be found on the UCL site here.

PS - The Times obituary is here.