Access Copyright (“AC”) and York University have both filed applications for leave to appeal in the Supreme Court of Canada (“SCC”)  following the decision of the Federal Court of Appeal (“FCA”) in York University v. The Canadian Copyright Licensing Agency (Access Copyright), 2020 FCA 77 (CanLII), <http://canlii.ca/t/j6lsb>, (the “FCA decision”) which I have discussed at length here.

Here is AC’s Notice of Application and its Memorandum of Argument.

Here is York U’s Notice of Application and its Memorandum of Argument.

I will comment only in a very cursory way at this point. I and others will no doubt have much to say in the future – either in the SCC on behalf of interveners or in blogs, articles, etc. – or both. I have written frequently on my blog about this case and related issues in the past and addressed the main issue in the SCC in CBC v. SODRAC  in the SCC – see below.

AC is, of course, seeking to get leave to appeal the ruling that its Copyright Board tariffs are not mandatory. It states, very astonishingly, in is Notice of Application that:

3. This case provides the Court with its first opportunity to consider the tariff-setting
regimes under the Copyright Act. The key question is whether tariffs approved by the Copyright Board are enforceable against infringers who do not wish to pay them. The Federal Court of Appeal held that they are not.
(highlight and emphasis added)

The “first opportunity” comment, of course, is simply wrong – to put it very politely. Justice Pelletier devoted the better part of 73 pages and 206 paragraphs in the FCA decision totally vindicating the proposition that final – and obviously interim – Copyright Board tariffs are not mandatory. His opinion cited and derives from Prof. Ariel Katz’s landmark Spectre I paper that shows how the conclusion that tariffs are not mandatory traces back to Vigneux v. Canadian Performing Right Society Ltd., 1943 CanLII 38 (SCC), [1943] SCR 348, <http://canlii.ca/t/fslvq> and legislation tracing from 1936. Moreover, the FCA decision explicitly relies not only on the 1943 SCC decision in Vigneux, but to two other SCC decisions, namely Maple Leaf Broadcasting v. Composers, Authors and Publishers Association of Canada Ltd., 1954 CanLII 62 (SCC), [1954] SCR 624, <http://canlii.ca/t/22x4f> and, of course, of Canadian Broadcasting Corp. v. SODRAC 2003 Inc., 2015 SCC 57 (CanLII), [2015] 3 SCR 615, <http://canlii.ca/t/gm8b0>. See FCA decision, paras. 54, 72 and 73.

AC’s memorandum does at least mention the Vigneux decision. However,  it obviously and blithely ignores the controlling  SCC case of Canadian Broadcasting Corp. v. SODRAC 2003 Inc., 2015 SCC 57 (CanLII), [2015] 3 SCR 615, <http://canlii.ca/t/gm8b0>, from less than five years ago in which the SCC explained in a dozen paragraphs (paras. 101-113)  why Copyright Board tariffs are not mandatory, as argued in that case by me on behalf of Prof. Ariel Katz and Prof. David Lametti, as he then was. Reference to that totally controlling SCC decision is, incongruously, nowhere to be found in AC’s material. This decision was, of course, relied on and followed in the FCA decision.

I cannot resist recalling from  an earlier blog of mine in 2012 the following passage about ignoring relevant and dispositive precedents in an appellate court:

When there is apparently dispositive  precedent, an appellant may  urge its  overruling or  distinguishing or reserve a  challenge  to  it  for a petition  for  certiorari but may not simply  ignore it …
The ostrich is a noble animal, but not a proper model for an appellate advocate. (Not that ostriches really bury their heads in the sand when threatened; don’t be fooled by the picture below.) The “ostrich-like tactic of pretending that potentially dispositive authority against a litigant’s contention does not exist is as unprofessional as it is pointless.” Mannheim Video, Inc. v. County of Cook, 884 F.2d 1043, 1047  (7th Cir. 1989), quoting Hill v. Norfolk & Western Ry., 814 F.2d 1192, 1198 (7th Cir. 1987).6 Nos. 11-1665, 08-2792 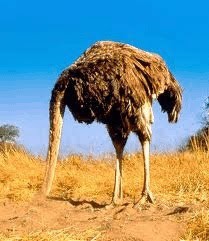 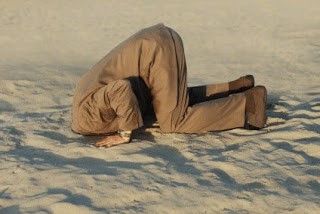 York University’s material deals with the fair dealing aspects of the FCA decision: