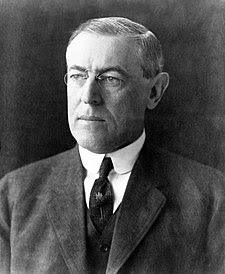 The Canada Institute of the Woodrow Wilson International Center for Scholars, The Canada Institute on North American Issues, and the CIBC are hosting in Toronto on September 25, 2009 a "dialogue on policy issues that have a significant impact on the bilateral relationship" under the banner "Copyright Law in Canada and the United States: The Digital Challenge". The announcement promises that there will be "debate."

The two speakers will be Canadian Barry Sookman and American Eric Schwartz.

It's not without irony that this event is part of what is called the "Two Voices series." I expect that this will be more of a duet in unison or close harmony than a dialogue and certainly far from a debate.

Barry and Eric are both quite accomplished representatives of similar clientele and are in many ways counterparts of each other in the Canadian and American contexts. Barry is a registered lobbyist for CRIA and CMPDA, the Canadian trade associations respectively representing US recording and film industry interests and the respective counterparts of the American RIAA and MPAA. Eric was Vice President and Special Counsel, International Intellectual Property Alliance (IIPA) from 1997-2006. The IIPA is an influential Washington coalition of trade associations, including the RIAA and MPAA. The IIPA, Eric's firm and his partner, Steve Metalitz, have been quite active in the "301" process.

This could have been an opportunity for a real debate. But I rather suspect that the only possible debate will be over the extent of the hyperbole about how Canada's copyright laws are supposedly inadequate and why Canada supposedly deserves its position of prominence on the USTR's "301" list.

It is truly disappointing that such a prestigious public policy organization would allow itself to appear as a podium for such a clearly unbalanced event as this one promises to be. I should say that I pointed out this lack of balance to a key organizer of the event several months ago, but clearly to no avail. The presence of an academic “moderator” does nothing in this instance to instill balance when there is none.

Woodrow Wilson was a great President of the USA from 1913 to 1921 and great intellectual in his own right. He presided as President during WWI and, according to Wikipedia, "supported a Democratic Congress to pass the Federal Reserve Act,[2] Federal Trade Commission, the Clayton Antitrust Act, the Federal Farm Loan Act and America's first-ever federal progressive income tax in the Revenue Act of 1913." Not bad, as far as legacies go.

However, the Wikipedia article goes on to note that "In a move that garnered a backlash from civil rights groups, and is still criticized today, Wilson supported imposing segregation in many federally-funded agencies,[3][4] which involved firing black workers from numerous posts.[5]"

Wilson was obviously a man who was not afraid of a good debate, for example the one that led to the Treaty of Versailles. Too bad that the same cannot be said in this instance of his namesake organization.

People from Toronto or nearby may wish to attend and to ask provocative questions in the hope of sparking at least some debate.