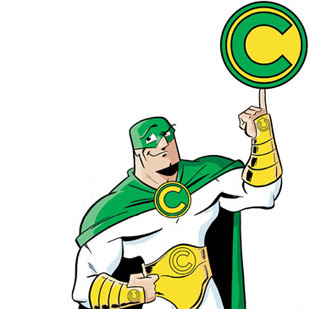 If one thinks that it’s excessive for Access Copyright (“AC”) to get $5.16 per K-12 student for a total of about $20 million a year not counting Quebec, get ready for this.
For 2010-2012, AC wants to increase this to $15 per K-12 student. There are about 4 million of these “FTEs”. So that’s about $60 million a year.
AC will throw in rights to make copies of lost sheet music and choir parts. That’s sweet of them, considering that AC probably has little if any music in its repertoire. It will be really interesting to see what, if anything, the Canadian Music Publishers Association does about this. Turf is at stake, not to mention money. The Copyright Board should not be certifying tariffs for collectives that can't provide repertoire entitlement. Why AC got a free pass in the June 26, 2009 decision on this issue without submitting evidence is not apparent.
And as if that’s not enough, AC wants $24 per year for every FTE employee of provincial and territorial governments. I don't know exactly how many such FTEs there are, but there are about 340,000 members of the National Union of Public and General Employees which appears to be the main union. Add in managers and perhaps other unions - and I would guess there are about 500,000 provincial public sector FTE employees in Canada.

And I’d surprised if most or all of the photocopying that goes on insider government is for anything other than internal housekeeping (i.e. copying of internal government documents) or “research” purposes, so government can do its job. Like lawyers serving their clients in the Supreme's landmark CCH decision. Let’s see if anyone steps up to plate to defend Canadian taxpayers here. At least $12 million a year at stake here.Not to mention the cascade effect on the federeal government, which has tended to be rather generous to Access Copyright in the past, at least. If corporations and law firms are virually all taking a pass on AC licenses because they can normally charachterize their copying activity as mostly, if not all, being "research" or for internal admin purposes, one would think that governments would have an even stronger case for doing so. Except that some governments - including notably the Federal governemnt - decided early on that it was politically correct to sign expensive licenses with AC, which gave AC crucial funding to get up and running and chase after more markets.

Will governments be responsible with taxpayer dollars in the current climate?
Here’s the proposed tariff. The deadline to file an objection is July 8, 2009.
HK
Posted by Howard Knopf at 4:31 pm