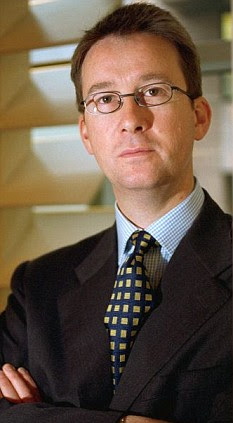 (Photo of Carter - The Guardian) (Photo of Lammy - Facebook}

On Friday the 13th of March, 2009, news came that the UK Government released a new report called Copyright in a Digital World: What Role for a Digital Rights Agency?

It can only be described as a rambling and barely comprehensible endorsement of the privatization of copyright policy and enforcement in a way that will pander to the major European and mostly American sound recording and motion picture industries.

The document could have been written by IFPI and BPI, with some help from the RIAA nad MPAA. Actually, it probably should have been written by them, because it would at least have been more readable, better edited, more logical and certainly more aesthetically presented. It might have even had some of the usual litany of “piracy” statistics to warn of the imminent collapse of creativity and innovation as we know it, and the diversion of countless millions (or is it billions?) of pounds, Euros US dollars and every other major currency to terrorism.

To the extent I can make any sense of this document, it calls for a “Digital Rights Agency” that would be run and funded by the private sector, to which would be delegated a huge range of roles and responsibilities ranging from rights clearance to enforcement. This, of course, would best serve the public interest and ensure that the UK becomes “the world’s favoured destination for creative companies to grow and invest”, according to the Ministers responsible.

Actually, this would be an un-agency, if the Ministers are to be believed:

But we need to be absolutely clear. Although we think that a rights agency of this sort could be a vital step in building an environment in which copyright can be protected and exploited, we are not proposing that Government should set up and run such an agency. This is emphatically not a proposal for a new government regulator. Instead, we are inviting industry to come together to create a body that could tackle those parts of this agenda that are for industry to deal with. In pursuit of that we are happy to work with industry as a convener and a facilitator in this rocess.

Oh yes, and ISPs would be required to rat on their most “serious infringer” customers to any individual rights owner.

Lots of talk about “Value chain”, “Enablement” and other content industry code words for control and suppression of innovation and access.

Talk about protocol blocking and bandwidth limitation. Just what the founders of the internet had in mind, I’m sure. Not.

This is consistent with the suggestions for an IP Czar in the USA and some sort of privatized policy making in Canada. Ministers Stephen Carter and David Lammy frankly seem to have lost it lately - and are the laughing stock of such normally IP rights respectful folks as my feline, human and humane friends as the IPKat - who are very derisive about all of this.

And last but not least, this document calls for comments by March 30, 2009 - i.e. in about two weeks or so. This must be an emergency on par with the global financial meltdown, in order to warrant such a demand for rapid response. Or perhaps, the Brits have taken a cue from Canada’s current paradigm for disingenuous calls for consultation that consists of setting deadlines that cannot realistically be met and ignoring whatever submissions that somehow manage to be made in any event.

This is clearly another example of US based policy shopping, which is imploding in New Zealand, (where even Google has weighed in against the RIAA and MPAA inspired approach) and hopefully will implode shortly in the EU.