Much Ado About Copyright, Campaigns and Political Ads 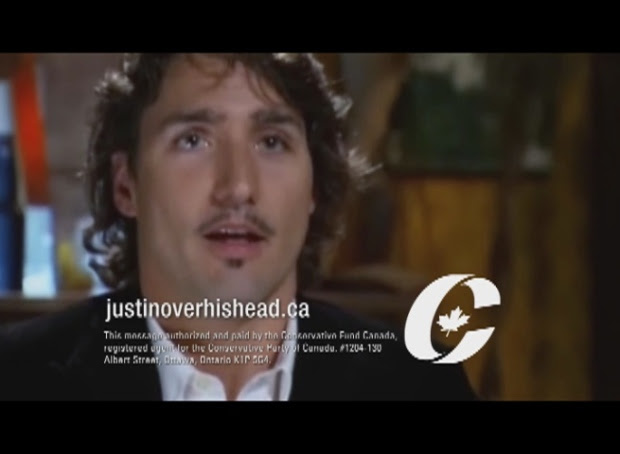 There’s much talk about the Government including a provision in an omnibus bill in the next few weeks to legalize the copying of “news” clips from broadcast TV and Youtube, etc. by political actors for political purposes. I’ve looked at this as a copyright lawyer – not a war room lawyer and not a partisan. There’s a much leaked slide deck from Minister Glover about this proposal. But I haven’t seen the proposed legislation – so I can’t comment specifically on it in any way. But the following will hopefully contribute some useful analysis on the issues.

First of all, this should not be a partisan issue. The path for this proposal and this type of advertising was paved by the Liberals in 1988 in this  ruling by the Federal Court of Appeal, from which leave to appeal to the Supreme Court of Canada was denied in 1989. The Liberals fought for and won an injunction allowing them to proceed with the kind of advertising now under discussion. That decision – which every Canadian copyright lawyer should know about – did not provide a final ruling on the substantive issues but should serve as cold shower on attempts to shut down the use of clips from the networks in the course of political discourse. And that decision was 24 years before this government’s 2012 fair dealing amendments to the Copyright Act and the 2012 Supreme Court of Canada fair dealing decisions that reinforced the Court’s landmark 2004  CCH v. LSUC decision.

This should not be seen as a debate about so-called “attack” ads. The very word is misleading. One person’s attack ad is another person’s exercise in public information, political discourse and free speech.

More information, freedom of expression and fair dealing can only be good for everyone. The very purpose of copyright law is not only to protect against unauthorized copying but to permit it and encourage it in certain circumstances – and the education of the public in the course of their research about who they want to vote for in a democratic society is arguably one of those circumstances. The original mother of all copyright laws – the 1709 English Statute of Anne – includes in its title the words “An Act for the Encouragement of learning…”

Whether or not one agrees that these kinds of ads are good or bad, it’s clear that Canadian copyright law already grants lots of scope for what the most avid proponents of these ads could want. And if what is copied is not “substantial” (in a quantitative and qualitative sense in the context), the Copyright Act doesn’t even engage and there is no need for permission or payment. And even if what is copied is substantial, the fair dealing doctrine allows plenty of scope to copy for legitimate fair dealing purposes.

Canada’s laws are very permissive of this kind of activity – especially in light of three SCC cases on fair dealing in the last ten years and this government’s amendments in 2012 regarding education, parody and satire. We now have fair dealing laws in place for the purposes of research, private study, education, parody, satire, criticism, review and news reporting. And many political ads are going to fit within one or more of these permitted purposes. The SCC in the CCH decision has provided a very clear list of six criteria to assess the fairness in the circumstances turn:
1. The purpose of the dealing
2. The character of the dealing
3. The amount of the dealing
4. The nature of the work
5. Available alternatives to the dealing
6. The effect of the dealing on the work

This Canadian statutory and jurisprudential framework is exemplary by world standards.

If the copying is manipulated, distorted or taken out of context in a way that’s over the line, we have defamation and moral rights legal remedies to deal with that.

We need to have faith in our Parliament and our Supreme Court of Canada. We need to avoid the excess caution of the “clearance culture” phenomenon that encourages overly cautious lawyers to often advise their clients to needlessly ask for permission and even offer payment.

We need to remember that we have the Charter of Rights and Freedoms here in Canada and it guarantees freedom of expression – which applies no less to political parties than it does to anyone else.

We need to remember that the major broadcast networks are under federal oversight by the CRTC, Elections Canada and the Competition Bureau - so if they get together and take a position that they will refuse ads that use clips from one another based upon their own arguably misguided views on copyright law, they may be courting regulatory oversight and litigation that they will regret.

It is not for the networks to decide whether a particular ad does or does not infringe copyright. And they should be reluctant to sue over the type of use being contemplated here – they all stand on each other’s shoulders and that’s the way journalism works.

So, the question is whether, if one wants to see more of these kinds of ads, anything specific needs to be done, and if so, how – without opening toxic cans of worms and courting unintended consequences.

For example, if the proposed law specifies that it’s OK to copy something  for political advertising by a political actor in a political context, could that imply that’s it’s not OK to copy the same thing in another context, for example for education or  research or criticism or to promote non-partisan but legitimate public policy campaigns by non-partisan organizations? One would hope not. All participants in a democracy  including NGOs such as the National Citizens’ Coalition  and the Council of Canadians and individuals arguably should have the same right to use these “news” clips as the politicians.

There are drafting techniques that can achieve certainty and clarity without interfering with the generality of the overall fair dealing provisions and detracting from the “large and liberal” regime now in place. (Note, that’s a small “l” “liberal” reference)

BTW – some news organizations have been providing some rather misinformed, opinionated and apparently self-serving coverage on this issue.  Their agenda is not very clear. They – of all folks – should believe that more dissemination of information and freedom of expression is a good thing.

I was interviewed by four news organizations yesterday about this, who to their credit, tried to get some balance on this story.


I’ve now seen documents that suggest there was a “consortium” of the major broadcasters formed this spring at the initiative of the CBC to deal with this issue. They apparently deliberately chose to leave Quebecor (Sun Media) out of the discussions. They agreed not to air political ads that include content from each other or even third party broadcasters and that this consortium was necessary because copyright law no longer worked to justify their position.


One of the documents says:

“The goal is to keep news content from being used without permission. In past we fought this stuff using legal threats, but shifts to laws w.r.t. copyright and fair dealing have made this a less effective route. This ‘consortium’ we think would limit the activity.”

All this could be of considerable potential interest to, at the very least, the CRTC, Elections Canada, and the Competition Bureau.