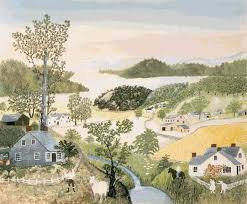 Today is the day that many works enter the public domain, according to all kinds of very complicated rules and despite the efforts of the likes of The Walt Disney Company and the Estate of Lucy Maud Montgomery to the the contrary. I continue to be pleased that Jack Granatstein, myself, and others were successful in spotting, trapping, and getting rid of the "Mouse in the House" that appeared to be the first stage of a Mickey Mouse Copyright Term Extension movement in Canada. Our 2003 pre-Facebook campaign led to the defeat of the harmful aspects of certain otherwise useful legislation in which the mouse was hiding that would have extended copyright in the unpublished works of LMM, and other important figures such as Prime Ministers Laurier, Borden, and Bennett, as well as Stephen Leacock and Grey Owl for up to 34 years.


The determination of when a work enters the public domain is relatively straightforward in Canada, at least in comparison with the USA. For the latter, see charts by:


Moreover, there is a case called Golan v. Holder  under reserve in the US Supreme Court that will determine the validity of US legislation restoring copyright in certain classes of works that have already entered the public domain, including works by Stravinsky and H.G. Wells for example. We should know the outcome by June of this year.
Not only is the determination of when a work enters the public domain in each country very difficult in many cases. The increasing and increasingly dangerous trend towards extraterritorial assertion of copyright law makes it increasingly risky to make available online works that are in the public domain in the country where there the site is hosted but are still protected in other countries.  Uncertainty and some heavy handed threats have impeded the efforts of some very useful websites, such as the IMSLP Petrucci Music Library that have sought to make countless important books and musical scores that in the public domain in Canada and most other countries apart from the USA and EU members as widely available as possible.
I continue to think that harmonization of the public domain term would, in principle, be a useful exercise for WIPO,  were it not for the fact that this would almost certaintly involve eneomrous pressure to harmonize to the highest common denominator of life + 70 as found in the EU and USA. Indeed, the USA may have inflicted  irreversible and irreparable harm on itself with with its unwise term extension, due to its Fifth Amendment constitutional provision that may make the taking back of such an extension effectively impossible, at least with respect to any works covered by the life plus 70 term under a law that was validly enacted.
While one hears that the Europeans may not go to the wall on life + 70 in the Canada - EU (CETA) trade talks, one must be wary of the Americans in the Trans-Pacific Partnership (TPP) agreement negotiations in which Canada has agreed to participate. Whether Canada's willingness to negotiate in the TPP forum with change the dynamic of the CETA talks could be interesting.
Anyway, here is the indomitable Wallace J. McClean's annual Public Domain Day liberation post. According to Mr. McLean, Canadians will now have full access to a trove of previously published works including by the following creators whom  he has seen fit to highlight, according to his eclectic taste:
Other homages to PD day in the life + 70 regime  can be found  on the 1709 Blog here re James Joyce  and here re Jelly Roll Morton. Canadians, of course, welcomed them into the public domain 20 years ago.
Happy PD day and Happy New Year.
HK
Posted by Howard Knopf at 2:47 pm