Who Will be Next Register of Copyrights? 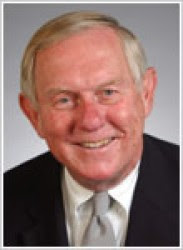 So, who will be the next Register of Copyrights in the USA? This is an extremely important job and always a critically important appointment, and especially so at this time.
The last three Registers have been highly respected and each is credited with remarkable accomplishments.
They were:
Ralph Oman was very instrumental in bringing the USA into the Berne Convention after 102 years of notable absence and playing a key role in bringing copyright law into the trade realm in a reasoned and reasonable way at the time.
Barbara Ringer, who acted for a year, had previously as Register presided over the monumental 1976 revision to the US Copyright, which brought the USA into the modern world of copyright and primed it for Berne ratification a few years later in 1988.
Marybeth Peters, amongst many other accomplishments,  saw the evolution of the Copyright Office into the internet age, presided over much needed modernization of systems, implemented the rule making process in the DMCA. played a key role in the TEACH Act of 2002,  got the Copyright Royalty Board up and running, and steered a balanced path for the office through various thus far unsuccessful attempts to politicize it, polarize it, swallow it into the Department of Commerce, and generally take away its vitally necessary independence.
All three of these giants were very expert in their field and highly respected by all stakeholders. They were true bastions of balance.
Against this background, read Jamie Love's predictably frank and unsurprising assessment of the current short list, as he sees it, which is not necessarily how I would see it.
Whoever gets this appointment has immense responsibility and should be up to challenge of meeting the standards set by the offices' outstanding recent predecessors as Register.
HK