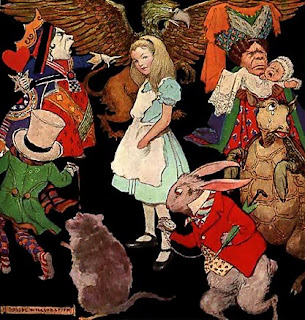 Here’s another extraordinary ruling below from the Board from earlier today offering AC a chance to rehabilitate its clearly vague and inadequate material to date in support of an interim tariff.
This is another illustration of the fact that objectors or intervenors really can have no idea of what is actually being sought here and to what they must respond on a few day’s notice. For example:
• There is a world of difference between a “license” (which one can take or leave) and a tariff, which arguably has the force of law (leaving aside questions such as whether it was validly issued or whether an “interim” tariff can ever have such a force).
• AC did not even ask for an “interim tariff” as such. The “relief sought” in AC’s former lawyer Barry Sookman’s letter of October 7, 2010 asks rather for a decision “licensing the respondents for the uses described in the proposed Tariff” and requiring compliance with certain aspects of the Existing Agreements, such as record keeping, payment, auditing, and sampling.
• Will the post-secondary institutions get the benefit of the “indemnity” arrangement that was previously in place? As dubious as this was from a legal standpoint, it was perceived as very useful and valuable by many parties as long as nobody asked too many questions.
This is quickly morphing into something completely different - and as yet unknown - from what AC’s asked for in the letter of October 7, 2010 that was not even provided to about 99 of the 101 initial objectors.
The lengths to which the Board is going to accommodate AC in this case are very interesting and noteworthy. Given the vagueness, inadequacy, inaccuracy and even uncertainty of the material filed, and the incredibly short time lines and the apparent decision of the Board not to convene an oral hearing on this matter, issues  are bound to arise with respect to fairness, jurisdiction, etc. that could well raise questions that could be pursued on judicial review.
HK
**************************************
From: "Gilles.McDougall@cb-cda.gc.ca"
Date: Fri, 3 Dec 2010 11:31:17 -0500
To: [email addresses omitted]
"Subject: Access Copyright Post-Secondary Educational Institutions Tariff (2011-2013)
NOTICE OF THE BOARD
The Board has received from Access Copyright the royalty rate information it requested in its order of November 26, 2010. Whether the application for an interim decision will be granted remains an open issue. However, if the application is granted, it is probable that the decision will take the form of a tariff, not a licence. For this reason, the Board would appreciate receiving forthwith from Access Copyright a draft interim tariff that reflects the terms of the model licences, with such modifications as necessary.
Gilles McDougall
A/Secretary General | Secrétaire général par int.
Copyright Board of Canada | Commission du droit d'auteur du Canada
56 Sparks, Suite| Bureau 800
Ottawa ON K1A 0C9
Telephone | Téléphone 613.952.8624
Gilles.mcdougall@cb-cda.gc.ca
**************************************
Posted by Howard Knopf at 4:23 pm