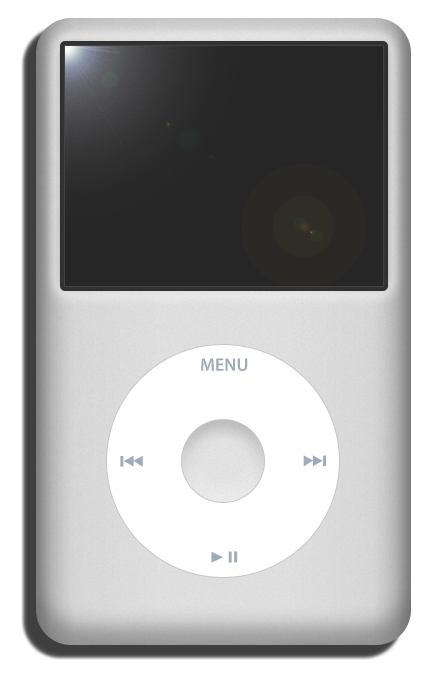 So - the Liberals, NDP and Bloc have voted for a thankfully non-binding resolution supporting an iPod “tax”.

And here comes another “save the levy” love-in (i.e. press conference) of artists at the this year’s Juno awards in Newfoundland, paid for by the CPCC which places “levies” on CD’s many or most of which are used for anything but copying music. In other words, paid for in large measure by those who have used CD’s for baby and pet pictures and data backup.

Let’s get some facts straight on the proposed iPod “tax”. Yes - I’ve been paid to work against it in the past, but nobody is paying me to write the following. I’m a lawyer, not a lobbyist. And unlike a prominent Canadian copyright lawyer I recently heard speaking, I do disclose when I have had involvement on the record in litigation.

If this “tax” or anything close were to be imposed, many Canadians would take the very easy step of buying such a device from the USA. There are highly reputable online retailers in the USA happy to ship to Canada and the shipping cost would be minimal, given the small size and weight. More retailers would appear. Why would a rational consumer pay a face value difference of more than $100, with the CDN dollar at par or better?

The way that Charlie’s bill is drafted, the levy would clearly apply to all kinds of cell phones, smart phones, external hard drives and even to laptops and personal computers, since they have “embedded” memory for all intents and purposes. Devices that use removable flash memory (e.g. Blackberries) would be off the hook, while others such as iPhones would be caught. This alone shows how unworkable such a “tax” is from the start. Of course, to even the playing field, the CPCC could try to “tax” removable flash memory, which it has not been able to do in the past and will not likely be able to do in the future. Since the Federal Court of Appeal has all but disowned its last decision on what “ordinarily used” means in the context of blank CDs, I doubt such a levy on removable flash would survive - even if the Copyright Board blesses it in the first instance.

So, the CPCC could seek a tariff on all kinds of devices at the Copyright Board, which has shown considerable sympathy with extending this levy scheme as far as it can be pushed and then some. The Federal Court of Appeal has not once but twice had to tell the Copyright Board that it cannot levy “devices”.

The exemption by regulation provision would be useless. Needless to say, getting exempting regulations implemented after the fact cannot be counted upon and would never be easy. The regulation making power of the Governor in Council should never be counted on as an antidote to bad legislation.

Politics often maketh strange bedfellows but the current alliance of the Bloc and NDP on this issue - plus today’s addition of the Liberals - is really odd. Here’s what the Bloc spokesperson said in the House the other day:

Let’s examine some of the contradictions, paradoxes and myths that flow from those two sentences alone, which are straight from the CPCC play book:

1. Sure, musicians should get paid for their work. But musicians aren’t working when someone shifts music from one format that has already been paid for to another - whether for preservation or convenience purposes. And why should they be paid from the proceeds of a very high “tax” on countless people who don’t listen to any music on these devices? All of these devices are, after all, multipurpose. That is the beauty of modern innovative technology and the very essence of the modern computing “machine” that can do whatever it is instructed to do. And that’s why there is not and likely will never be “taxes” on media or devices in the USA, the UK and Australia, which are Canada’s closest copyright proxies. These countries “get” the idea that technology shouldn’t be taxed in favour of the loudest interest group. Justice Stevens got it in 1984 in the US Betamax case when he carried a majority of the US Supreme Court in favour of innovation rather than inhibition of promising new technology capable of substantial non infringing use.

2. Consumers should not have to pay a “tax” to format shift CDs they already own. Even the President of CRIA agrees with that. The musicians have already been paid at least once - and more than once for those who have replaced LPs with CDs.

3. How many times should copyright owners get paid for the same thing? Musicians are already getting paid for iTunes downloads by the record companies - assuming that the record companies get around to it - which doesn’t always happen. The Board has already certified Tariff 22.A for composers and authors (subject to judicial review) for permanent downloads from iTunes, etc. This is SOCAN’s Tariff 22A. That is for a “communication right”, even though the composers are already getting paid for reproduction. More can be expected in due course from other claimants. Unlike US Courts, the Copyright Board has no hesitation in imposing multiple tariffs on the same transaction in favour of different collectives with more or less the same ultimate stakeholders for what the Board considers to be distinct rights under the legislation.

4. There is a myth that these “taxes” ensure that creators get paid. This is easy to dispel. The maximum average payout to beneficiaries of the Canadian private copying levy to date is about $160 a year, according the CPCC’s and www.savethelevy.com own figures. The average payout to actual individual creators is doubtless much less, because this figure includes some presumably very large payouts to publishers and record companies.

5. There is a myth the levies benefit creators. See #4 above. On the other hand, about $25 million to date has been paid out to date to a handful of lawyer and consultants and the employees of the CPCC. It is not a large organization. I strongly suspect that the levy results in no more than enough for a few beers per year per musician, and that’s only for those who show up on the CPCC radar screen on the basis of radio play and CD sales, which by definition is a fraction of the creative musician universe. Many emerging artists, most well established “serious” musicians, and many of yesterday’s stars are probably not getting a penny. Not to mention countless “session” musicians, who are the backbone of the music business. This levy means virtually nothing to them.

6. There is a myth that the levy system in Canada is transparent. However. I have been trying for a long time to get disclosure of such basic figures mean (average) and median payouts to creators and other categories of beneficiaries. The Copyright Board won’t require this disclosure, although it could readily do so in my view. It considers this to be an internal matter for the collectives. So, not only individual creators but the Canadian public have no idea of how much this levy really means to the average and median creator. I challenge the CPCC to provide audited figures on this to the public. But I won’t be holding my breath.

7. There is a myth that there is a reliable method in the distribution of the levies. They are supposedly distributed, as noted, according to data relating to radio play and sales. This, of course, has no obvious connection to what is actually copied but does clearly favour established artists and record companies. While the big record companies and collectives may keep a watchful eye on each other, I have seen no basis to assume that anyone is looking out for the interests of individual non-commercially significant creators in this distribution process.

This particular exercise in Parliament will, of course, have no legal significance whatsoever - but it could have very interesting political consequences. Ironically, and not for the first time, these consequences will probably not be what the music industry intended.