Blacklock’s Must Pay $65,000 for Litigation that “should never have been commenced let alone carried to trial” 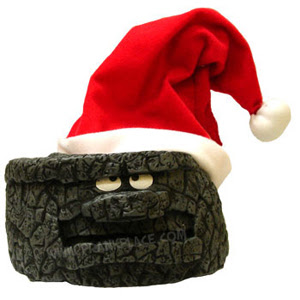 In an unusually trenchant costs award, Justice Barnes of the Federal Court has ruled that Blacklock’s must pay the taxpayers of Canada an “all-inclusive amount of $65,000 plus interest….” This follows decisively upon Blacklock’s clear loss in the first case of what I have called a “litany of litigation” of 11 lawsuits against the Government of Canada and/or its agencies, not to mention several other cases against other parties in the Federal and Ontario courts.

The Court accepted that the Government was entitled to costs based on the mid-level of Column III and double the otherwise payable costs from the date of its early settlement offer of $2,000, which was “...more than double the cost of individual subscriptions for each of the Department of Finance officials who received and read the subject articles over which Blacklock's claimed copyright protection.”

The Court observed that:
[7] …I also reject the Plaintiff's argument that this case raised "strong public interest considerations". Rather, this case was about the Plaintiff's attempt to recover disproportionate damages without any apparent consideration to the legal merits of the claim or to the costs that it imposed on the taxpayers of Canada.
[8] Any reporter with the barest understanding of copyright law could not have reasonably concluded that the Department's limited use of the subject news articles represented a copyright infringement. Indeed, the fair dealing protection afforded by section 29 of the Copyright Act, RSC, 1985, c C-42, is so obviously applicable to the acknowledged facts of this case that the litigation should never have been commenced let alone carried to trial.

The Court went on to say that:
[9] I am also troubled by Plaintiff's attempt to claim an excessive amount of damages beginning with its demand for compensation completely divorced from the Department's limited use of the two articles. In no circumstances would Blacklock's losses have exceeded the cost of individual subscriptions by the six officials who read the articles; yet Blacklock's demanded a license fee equivalent to its bulk subscription rate of over $17,000.00. This practice appears to be consistent with Blacklock's usual approach which is to hunt down, by Access to Information requests, alleged infringers and then demand compensation based on an unwarranted and self-serving assertion of indiscriminate and wide-spread infringement. The record discloses that in several instances government departments acquiesced for business reasons and paid the full amounts demanded. In this instance the Department appropriately took a hard line and succeeded in its defence.

Canadian Courts are increasingly using costs award to send messages that may encourage meritorious litigation or discourage the type of litigation that "should never have been commenced let alone carried to trial.”

While the Ontario courts tend to award amounts closer to actual costs, the Federal Court is headed in that direction – for better or worse. As long as the judges have discretion and use it wisely, the Federal Court mechanism for costs can generally mete out justice fairly.

In this case, the Court moderated the amount claimed by the Government, which was “$115,702.30, based on 70% of the actual value of professional hours expended in the defence of the claim and including disbursements of $7,020.98.”

Costs awards are usually very hard to appeal successfully – especially one such as this where Justice Barnes has provided ample reasoning and a detailed calculation in Annex “A”.  It will be interesting to see how Blacklock’s clear, convincing and un-appealed loss in its first Federal Court case together with this notable costs award will affect the remainder of Blacklock’s “litany of litigation”. Indeed, it will be interesting to see whether Blacklock’s proceeds at all in view of these recent substantive and costs rulings.

It is difficult, given the time of year and the circumstances, not to think about a “lump of coal” – indeed 65,000 of them.  However, the Federal Court – while refraining to date from ruling on copyright misuse or abuse – is clearly sending a strong message to Blacklock’s.