The Third Chamber of the Court of Justice of the European Union has dealt a major blow to private copying levies in Europe, where the concept originated in the age when cassette tapes walked the earth, as it were. Here's the ruling.
Here's the gist of it:
53 Consequently, the indiscriminate application of the private copying levy to all types of digital reproduction equipment, devices and media, including in the case expressly mentioned by the national court in which they are acquired by persons other than natural persons for purposes clearly unrelated to private copying, does not comply with Article 5(2)(b) of Directive 2001/29.

...
On those grounds, the Court (Third Chamber) hereby rules:...
3. Article 5(2)(b) of Directive 2001/29 must be interpreted as meaning that a link is necessary between the application of the levy intended to finance fair compensation with respect to digital reproduction equipment, devices and media and the deemed use of them for the purposes of private copying. Consequently, the indiscriminate application of the private copying levy, in particular with respect to digital reproduction equipment, devices and media not made available to private users and clearly reserved for uses other than private copying, is incompatible with Directive 2001/29.
(emphasis added)
HK
Posted by Howard Knopf at 10:45 am No comments:

"Officer Bubbles" (the officer second from the right in the photo below) is suing YouTube and several individuals over videos reportedly consisting of allegedly defamatory cartoons based on this video. The cartoons ("parodies" perhaps?) have been taken down already, which is interesting. Here and here are Toronto Star stories.
His lawyer says that "This level of ridicule goes beyond what is reasonable".

Watch the video. It's about an arrest at the recent G20 protest in Toronto for assaulting a police police officer by blowing bubbles.

Seriously, this could be real bubble trouble.

Reminiscent perhaps of the RCMP's Sargeant Pepper (above at the top) in Vancouver in 1997 at the APEC conference? In this bubble case, there was an arrest of the alleged bubble blowing perpetrator.


An interesting situation for YouTube. Let's hope it does the right thing concerning the cartoonists' identities, which are reportedly now being sought.

We may not get to see the cartoons. Maybe they did go beyond the pale? Maybe ridicule would be redundant in this case? Maybe some or all of them would be defensible and should be defended - with recourse, if necessary, to s. 2(b) of Canada's Charter of Rights and Freedoms?
Hopefully, a well funded advocacy group such as CIPPIC or the CCLA will get involved. Maybe the bubble blower (allegedly Ms. Courtney Winkles) has a cause of action? This could maybe be as interesting, if not more, as the BMG case, in which I was involved - both in terms of substance and procedure.
We could use some good law on parody in Canada - both in terms of defamation and copyright law. "Parody and satire" are included in Bill C-32, the copyright amendment bill. If this passes, it will hopefully reverse some arguably unfortunate jurisprudence that denies Canadians a right to parody enjoyed by those in Australia, France and the USA.
HK
PS - An anonymous reader has provided a link to what appears to be the statement of claim in this matter in a comment below.
More PS - see Toronto Life.
Posted by Howard Knopf at 3:11 pm 1 comment:

My guess is that the Commissioner will appeal this decision, which holds that a business method "can be patented in appropriate circumstances". I don’t think she has much choice in this instance for the following reasons, among others:
1. The Court’s decision is unusually blunt, e.g. with references to
- “policy making”,
- “error of law and far outside the Commissioner’s jurisdiction”,
- “Patent Office’s change of heart”,
- “fundamentally erred”,
- “radical departure from the current regime requiring parliamentary intervention”;and,
- “It appears as if this was a “test case” by which to assess this policy, rather than an application of the law to the patent at issue”.
2. This kind of challenge to the Commissioner’s jurisdiction and legal capability cannot readily be ignored.
3. There are many references to the applicability or not of foreign law, which is a hot button issue in Canada, as elsewhere.
4. The perception of the independence of the Commissioner could be at stake. It's no secret that IP has become politicized at the highest levels and is a major issue in Canada/US relations in particular. Given the Commissioner’s dual roles - namely adjudicative and administrative - and the ambiguity of his/her independence in recent times - it might raise a lot of eye brows if she didn’t appeal on this occasion and there could a perception that she was under pressure from the Government to reach the decision not to appeal. The Courts and not the Government should decide whether she was right or wrong. On matters such as this, whether she is right or wrong in law, she clearly should be independent and seen to be so.
5. The issue itself. Don’t we need some bright lines, will patenting business methods help or harm innovation, will patenting business methods provide a windfall for the trolls?
BTW, see this from www.law.com wherein yours truly is quoted by Joe Mullin.
Howard
Posted by Howard Knopf at 3:02 pm No comments:

C-32, the UN vote and the United States Silence Fox News, no less, has published an opinion piece from Richard Grenell who served as the spokesman for 4 U.S. Ambassadors to the U.N. during the George W. Bush era including John Negroponte, John Danforth, John Bolton and Zalmay Khalilzad suggesting that the USA left Canada "hanging without vocal U.S. support" at the UN in Canada's unsuccessful attempt to serve on the UN Security Council. Canada's defeat was unprecedented and very significant. As The Economist says in its customary plain language, Canada has been "snubbed".
Mr. Grenell states:

In fact, U.S. State Department insiders say that U.S. Ambassador Susan Rice not only didn’t campaign for Canada’s election but instructed American diplomats to not get involved in the weeks leading up to the heated contest. With no public American support, Canada lost its bid to serve. That gives the EU more than 25% control of the body and a strong voting block to ensure EU priorities become global priorities. -- This was the second time a high profile ally could have used U.S. help yet Rice chose to stay silent.

If it is the case the USA has let Canada down this badly, could it be that the Canadian government will no longer feel so compelled to "make the Americans happy" on the copyright and Bill C-32 front, as Blayne Haggart has documented? Many others have also believed that this goal has been a major factor in the thinking behind Bill C-61 and Bill C-32.
Several months ago, I commented on the astonishing and absurd attempt by the noted American lobbyist Scotty Greenwood to link the "Buy American" issue to Canadian copyright capitulation.
Hopefully, the Canadian government will now do what's best for Canada on Bill C-32 and put aside what's best for the US government and Canadian lobbyists acting as proxies for US corporate interests. Just as the US government has apparently just put aside Canada's interests.
HK
Posted by Howard Knopf at 10:20 pm No comments: 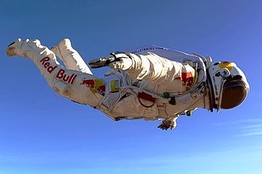 Red Bull balks at parachute PR stunt due to an "idea" law suit. "“This was my idea, from start to finish” says the plaintiff.
Here's the story from the WSJ Law Blog.
It's always, ahem, a good idea to have a contract in these situations.
HK
Posted by Howard Knopf at 10:40 am No comments:

Michael Geist reports that the CBC has banned Creative Commons music on the radio.

Oops, I forgot. They already have effectively done so with the remake of Radio 2 a few years ago.

BTW, CBC's new Radio 2 "mix of music you won't find anywhere else" (thank goodness!) will eventually plow several million dollars a year more of taxpayer's money into SOCAN and Re:Sound, since public domain music and recordings are now all but gone on our national broadcaster, as I pointed this out 2.5 years ago here.

Ironically, this format shift has resulted in lower ratings for Radio 2. Quelle surprsise!

And CBC even managed to get rid of the Hockey Night in Canada theme.

That's the state of music at CBC these days....

HK
Posted by Howard Knopf at 9:50 am No comments:

Happy 6th Birthday to Warwick Rothnie's blog. He is the extraordinary practitioner/scholar in Oz, who wrote what I believe is the first major monograph on parallel imports, and a brilliant book it was - and still is! It was invaluable to me in the Kraft case in the Supreme Court of Canada.

Come up soon from down under and pay us a visit!

Howard
Posted by Howard Knopf at 11:59 pm No comments: