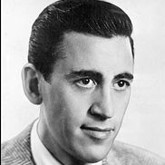 J. D. Salinger, now 90 years old, sues - again. The remarkably reclusive, litigious and non-prolific (as far we know from publications) writer has sued over the expected publication in the USA of an "unauthorized sequel" called 60 Years Later: Coming Through the Rye, written by someone who the WSJ calls "a purported American living in Sweden named John David California." There's a brief discussion of the background here on the WSJ Blog, along with a good discussion and interview with a NYC copyright lawyer about sequels, parodies, and the possibility of copyright in a character.

Salinger and Jean Sibelius are examples of creators who enjoyed great success at a relatively early age and became unable or unwilling to follow up to any extent to satisfy the public's appetite for their creativity. That's no reason to shorten the term of copyright - but these are important and prominent examples of why longer terms and stronger rights do not necessarily provide an incentive to create - and in the case of some individuals with substantial incomes from early success may paradoxically provide precisely the exact opposite by, in effect, enabling very early and comfortable retirement.

BTW, the works of Sibelius (1865-1957) will be protected in the EU until the end of 2027. In the USA, some of his work may be protected that long if properly renewed, although anything published before 1923 in the USA would not be. He wrote no major works after his Symphony No. 7 in C major for orchestra, Op. 105 (1924). Not that it's relevant, but his work was stylistically anchored to the 19th century and essentially immune to 20th century influence. His work entered the public domain in Canada on January 1, 2008, along with others as chronicled yearly by Maestro McLean of the Public Domain.