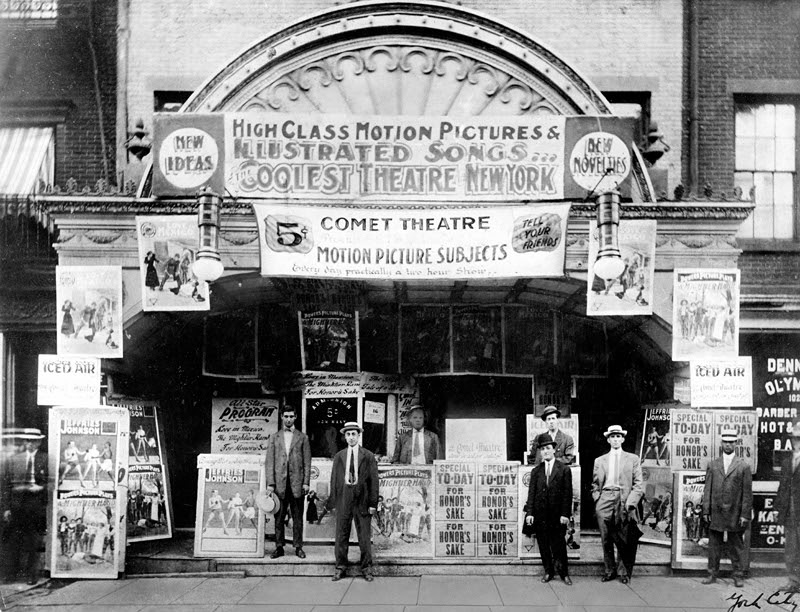 Earlier this year I posted about the NRCC's attempt to get a tariff on the use of sound recordings as embodied in the soundtracks of movies and as performed in theatres and on TV. See here and here:

It will be recalled that the Copyright Act defines “sound recording” as:

The definition of “cinematographic work” is this:

"cinematographic work" includes any work expressed by any process analogous to cinematography, whether or not accompanied by a soundtrack.

The Copyright Board has just issued its decision on a threshold legal question as to whether NRCC (the neighbouring rights collective - of which there is no counterpart in the USA) is entitled to seek a tariff related to:

the performance in public or the
communication to the public by
telecommunication, in Canada, of published
sound recordings embodying musical works and
performers’ performances of such works.

The NRCC made a rather strained argument heavily dependent on foreign and mostly Australian case law that, despite the clear wording of the statute and the legislative history, it is entitled to a tariff for the above uses.

Today, the Board came to the predicable and correct conclusion along the lines I had suggested in my earlier blogs. It ruled against the NRCC. I believe that the Board got this right and did so decisively, if not particularly quickly. The tariff was published on May 31, 2008 and the hearing on this issue took place on May 7, 2009. Here's the Board's well written and well reasoned decision.

I have little doubt, however, that the NRCC will seek judicial review. This time, unlike the "iPod levy” case where the Board wanted to proceed with a tariff hearing in spite of the clear wording of the statute and a previous Federal Court of Appeal decision on the same issue, I believe that the Board will be upheld in any judicial review.

It is useful for the Board to dispose of as many threshold questions as possible to avoid unnecessary hearings, since Board hearings are so expensive and stretch out over such a long time. It is good to see that the Board is prepared, when appropriate, to decline to proceed with a proposed tariff that clearly cannot be legally justified.